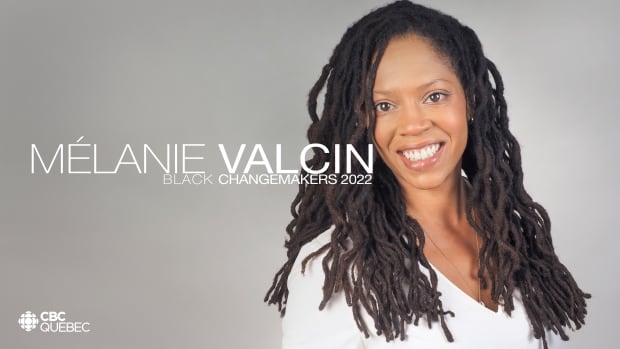 CBC Quebec shines a light on people in Black communities across the province who are giving back, inspiring others and helping shape our future. These are the Black Changemakers.

For as long as she can remember, Mélanie Valcin has been passionate about improving communities by empowering young people.

As coordinator of international exchange programs at Monash University in Australia at the start of her career, the Quebec City native saw how students grew during their year abroad, gaining autonomy, openness and cultural sensitivity.

“They were becoming little agents of change,” says Valcin.

It was a formative experience, not only for the exchange students, but also for Valcin.

“It really combined my passion for education and youth development.”

Valcin’s work has taken her all over the world, from a job at the United Nations Development Fund for Women in Mexico City shortly after earning a graduate degree in international development in Toronto, then to Australia, before to return to Canada 20 years ago.

Since then, she has worked for Frontier College, a non-profit organization that has promoted literacy in Canada for over a century.

“The reason I’m still here and plan to stay for many more years is because this organization is truly changing lives through the power of literacy, community building and education” , she said.

Valcin has seen incarcerated people start a trade as soon as they are released, thanks to the literacy skills acquired in prison. She saw parents finally able to read bedtime stories to their children thanks to the support they received from Frontier College.

“There are countless examples,” she said.

His stay in Nunavik, the Inuit territory in northern Quebec, was particularly memorable. There, Valcin helped design and create literacy and math tutoring programs.

“A group of young people we were working with in Salluit set up a mobile library to bring books to children in their community at the start of the pandemic,” she said. “The school library, which [was] the only one in the village, was closed.”

“They also had online storytelling sessions and all kinds of fun and engaging literacy activities. It was so inspiring to see.”

“You can’t make the change on your own”

Valcin is the single mother of two teenagers, who she says are also her biggest inspiration.

She still finds time to continue her advocacy work in other nonprofit organizations. She is involved with several nonprofits, including Execo, an organization that sends people to shelters and drop-in centers to run programs for homeless people; For 3 points, which trains coaches to become strong mentors for disadvantaged youth; and Groupe 3737, a business innovation hub where Valcin works to support the black community.

Valcin says there is a wealth of knowledge, talent and ideas in the black community, but it often goes unnoticed. “A lot of [it] is under the radar,” she says.

She says she is “very honored to have been nominated and selected” as Black Changemaker. It’s an honour, she says, that she shares with her team and collaborators.

“You can’t make change on your own,” she said. “I strongly believe that when individuals and communities work together, we can create a better world.”

The Black Changemakers is a special series recognizing people who, regardless of their background or industry, are committed to creating a positive impact in their community. From solving problems to doing small everyday acts of kindness, these changemakers make a difference and inspire others. Meet all the change makers here.

THE WINNER OF THE GIGUERE GAME SEND NO. 5 BULLDOGS PASSING MINNESOTA STATE