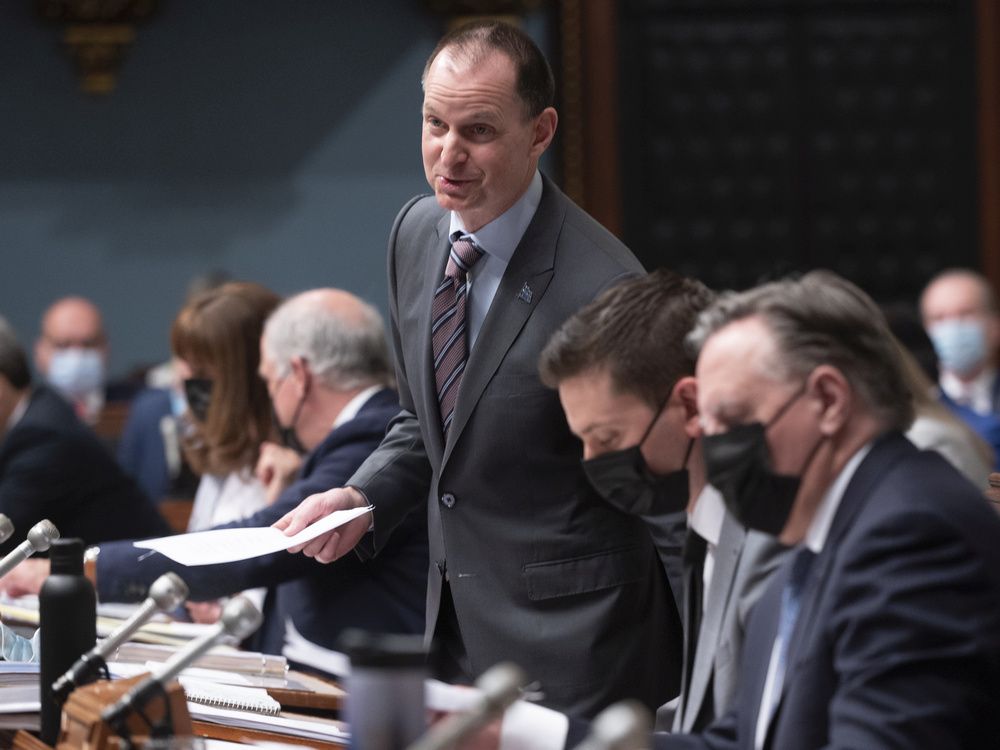 With galloping inflation, Quebec will limit school tax increases in 2022

QUEBEC CITY — As the cost of living soars, the Quebec government announced Wednesday that it will cap increases in school taxes. School boards and service centers in Quebec had planned to charge citizens to cover their own increased costs.

Finance Minister Eric Girard made the announcement after a Quebec cabinet meeting. This means that citizens who would have seen their school taxes increase by up to 17% for 2022 will be spared.

The increase will be limited to between 2 and 3 percent, with the government making up the difference at a cost of $173 million, Girard said.

“I am announcing that the government of Quebec is taking additional measures to help Quebecers cope with the increase in the rate of inflation and the rise in interest rates,” Girard told reporters.

“This action is in addition to other actions we have taken to help Quebecers cope with the rising cost of living.”

Girard explained that school boards and service centers wanted a larger increase to offset the costs of increasing teacher salaries and adding staff.

The announcement means that the mill rate on a property’s municipal assessment will be reduced – on average – from 0.1054 per $100 of assessment to 0.1024.

Girard, however, denied the decision was an election decision, a way to match the middle-class tax cut the Liberals promised Quebecers over the weekend at a general party council. to Montreal. The next general election will take place this fall, on October 3.

Girard said Wednesday was the last day the cabinet could pass an executive order on school taxes because school boards and service centers send in their annual bills on July 1.

“I’m not competing with anyone,” Girard said. “These are the public finances of all Quebecers and what we are trying to do is to always have a sound and prudent fiscal framework so that the government is resilient in the face of the pandemic or the economic deficit.”

Girard confirmed that although Quebec’s finances are in good shape, the situation is not all rosy. He now estimates that the odds of Quebec ending up in a recession in 2022 have risen from a 25% possibility in March, when he tabled Quebec’s budget, to 35% today.

It was in this budget that Quebec decided to send all Quebecers earning less than $100,000 a year a check for $500 to cover the increase in the cost of living.

Girard said two things were affecting the economy – the war in Ukraine, which is driving up the price of energy, and supply chain issues, which are driving up costs.

Girard said he was not surprised central banks were raising interest rates in an effort to slow the economy.

Quebec is nonetheless in the process of updating its financial forecasts and framework. As part of Quebec’s electoral process, this report will go to the province’s Auditor General during the month of June for verification.