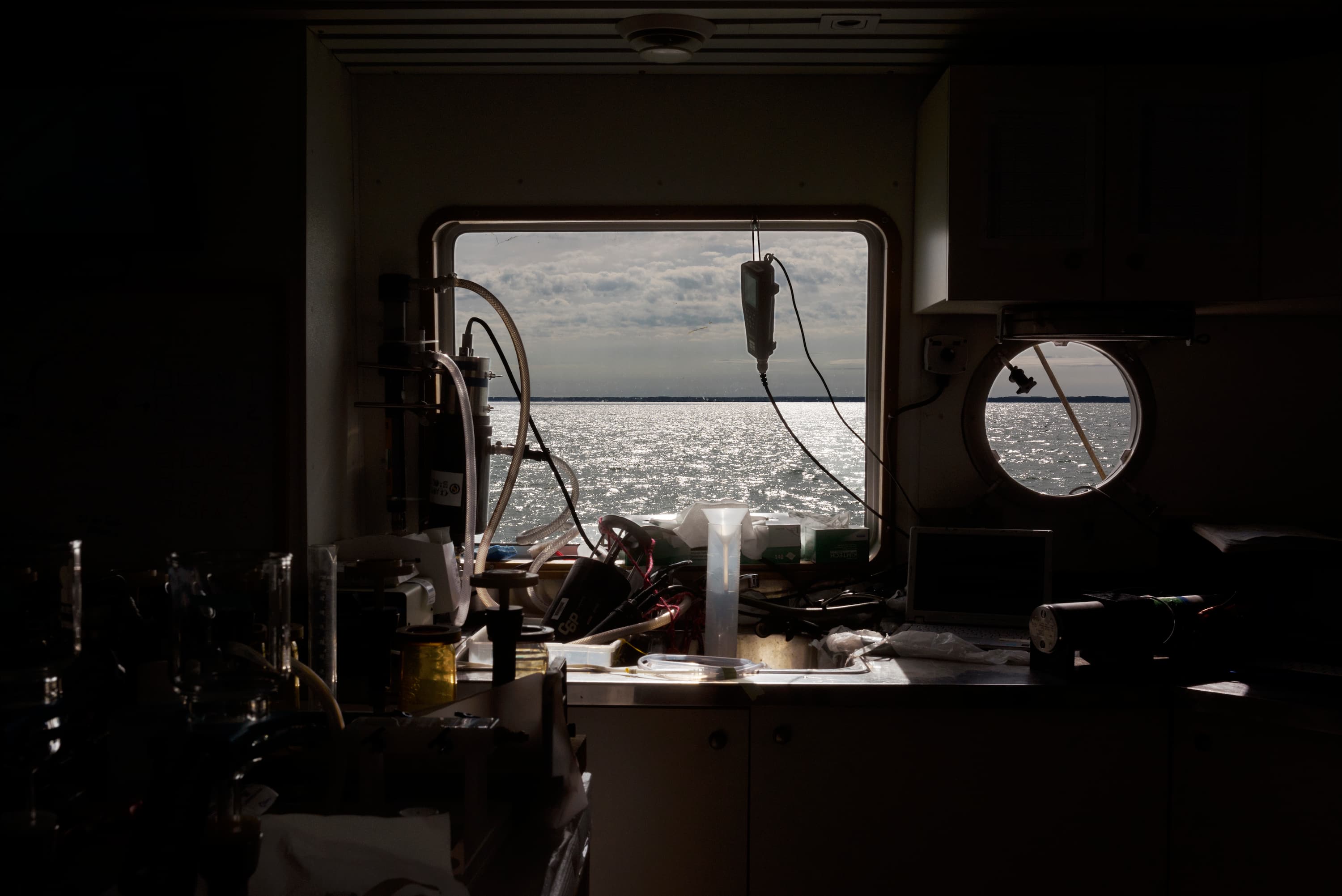 The Grater vessel and its crew studying the river were built in 2004 and designed by scientists from the University of Quebec at Trois-Rivières (UQTR). The Lampsilis is modeled after a catamaran, with two aluminum hulls that sit barely a meter underwater to navigate the shallow waters of the St. Lawrence.

After meeting Grater at Florida State University, Guillemette recruited her in 2017 to help revive the Lampsilis and make research on the ship more collaborative.

Prior to this, the ship had sat idle in a warehouse for four years due to a lack of funding.

Guillemette says research on the Lampsilis in the past, like on similar vessels, was done in silos. Scientists would present a specific research question — say, about a contaminant in fish — they would go on a trip with the boat to collect samples, type up a study, “and that’s it,” he said.

This year, the boat has entered a new era as Guillemette has handed over command and planning to Grater, who has just completed his Masters, as Head of Mission. The other five scientists on board to Quebec were undergraduate and graduate students.

Guillemette says he encourages students to join these missions in order to immerse themselves in the environment they are studying. “You can read about a system all you want, but you’ll never understand it until you see it,” he said.

The ship itself embodies how the river has changed. His name has two meanings. On the one hand, it refers to a species of freshwater mussel, the lampilis, whose population in the St. Lawrence and other Canadian rivers has been decimated due to competition for food with zebra mussels. invasive.

The species has since rebounded and been upgraded from an endangered species to a Federally Special Concern species.

It is also the name of a lake that existed 10,000 years ago, around the time of the formation of the St. Lawrence River, when the ice covering North America melted.