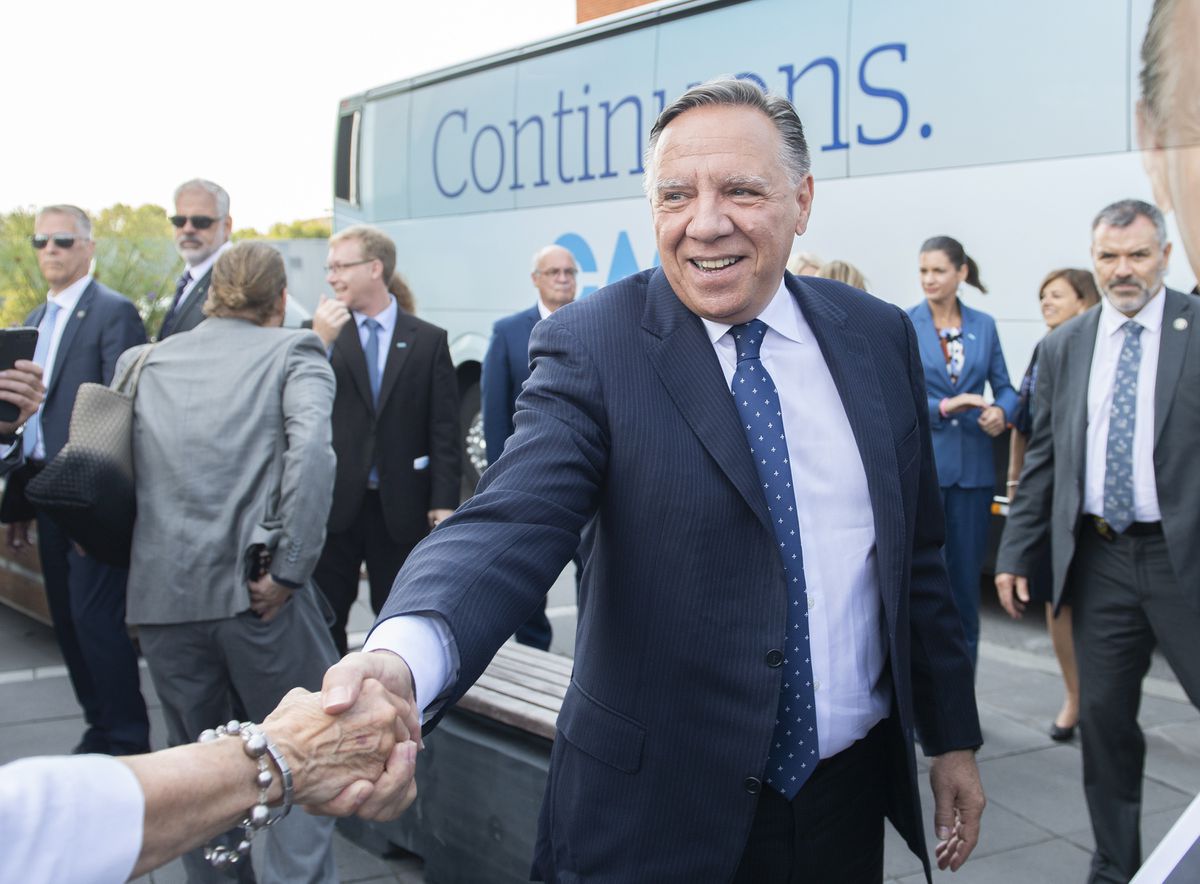 Federal politics slid into Quebec’s provincial election campaign on Sunday as the province’s political leaders faced questions about Pierre Poilievre’s status as the new leader of the Conservative Party of Canada.

The Ontario MP won a landslide victory in the party leadership race, with officials announcing on Saturday that he had received nearly 70% of the vote in the first round of voting.

Poilievre addressed Quebecers during his victory speech, speaking of his attachment to the French language and saying that “the Quebec nation is resisting awakening,” after calling Prime Minister Justin Trudeau’s Liberal government “woke.”

Quebec party leaders have offered differing opinions on the new Conservative leader on Day 15 of the provincial campaign.

Quebec Liberal Leader Dominique Anglade congratulated Poilievre on his victory and welcomed the discussion on Quebec’s needs and respect for its jurisdiction. But she remained cautious about the importance of the new Conservative leader and the positions he defends.

Asked about the revival, Anglade said such comments only serve to divide.

“Every time we put tags on everyone, we are dividing Quebecers, and we don’t need that,” Anglade said after announcing free public transit for students and retirees in Laval, Aug. north of Montreal.

Coalition Avenir Québec leader Francois Legault delivered a fiery campaign speech to party faithful in Drummondville, Que., calling on party members not to take anything for granted with three weeks to go until the election of October 3.

Legault made no announcement on Sunday and deflected all questions on Poilievre, telling reporters he would continue to defend Quebec’s interests and was focused on the provincial campaign.

“If I am elected on October 3, I will start watching his program,” Legault said of the new Conservative leader.

In Saguenay, Que., Quebec solidaire co-spokesperson Gabriel Nadeau-Dubois, who was called “woke” by Legault during an exchange last year, said the federal Conservatives had chosen a Trumpist candidate, referring to former US President Donald Trump.

“I find that disturbing,” he said, noting that Legault — who was prime minister at the time — called on Quebecers to support the Conservatives during the last federal election campaign.

Parti Québécois leader Paul St-Pierre Plamondon said Poilievre’s victory would make many voters think about their place in a Trudeau-Poilievre equation at the federal level, adding that his victory could be a boon to the sovereignty cause. .

He wouldn’t comment when asked if he shared Poilievre’s view on revival.

“The word awakening is not mine, it is his. The problem with this word, it includes everything and nothing. What exactly does that mean?” St-Pierre Plamondon, noting that there were many differences between Quebec and other Canadian provinces when it came to freedom of speech, religion and citizenship.

The victory raised questions during the election campaign about whether it could give the Conservative Party of Quebec a boost.

Quebec Conservative Leader Eric Duhaime praised Poilievre, whom he has known for many years. He said Poilievre was more open to the LNG-Quebec natural gas project, a $14 billion initiative rejected by the Legault government earlier this year that Duhaime’s party wants to see go ahead.

Duhaime, who has made agriculture-related announcements south of Quebec, suggested the new Conservative leader could also offer a more attentive ear than the Liberals and New Democrats on the repatriation of immigration powers to the province.

In Quebec, the Queen’s death raises questions about the future of the monarchy in Canada | National