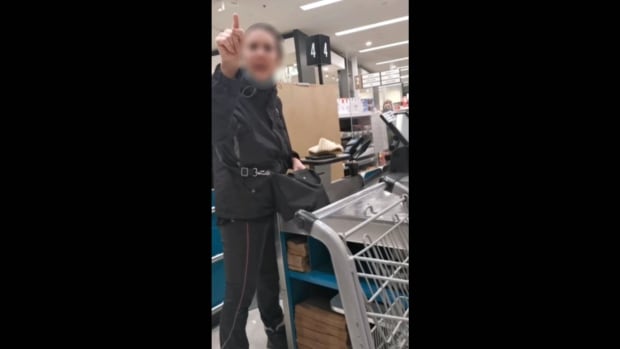 DISCLAIMER: Some readers may find the details of this story disturbing.

Ken Mak was queuing for groceries at an IGA on Nuns’ Island in Montreal on Monday when an unidentified woman, removing her mask from her mouth when speaking, asked if he was Chinese.

â€œI told her ‘yes’ and then she started questioning me and trying to get some information about the coronavirus,â€ Mak said.

“Before I could answer, she cut me off and began her monologue on the Chinese responsibility for the whole coronavirus.”

Mak and his girlfriend walked away from the woman, fearing that she would uncover her face several times, and he started recording when an employee intervened.

This video is now going online and Mak is speaking out against racism against Asians. He said some people are misinformed about the pandemic and “she is the victim of misinformation.”

“It’s unfortunate that the Asian community has to put up with this,” Mak said, and he would like to make his fellow Canadians aware that these types of attacks are happening.

“We need to look at ourselves in the mirror and think about our values.”

The video shows a woman dressed in sweatpants and a winter parka, showing her middle finger, cursing and threatening to implicate a family lawyer whenever someone stands up to her.

A client can be heard off camera asking the woman to “leave these people alone.” What is wrong with you? Shame on you “.

The woman responds with curses and a finger, raising her voice and continuing her anti-Asian rant. Other clients yell at her, and she points her phone camera at them, calls them losers, and says her family lawyer will protect her.

A store clerk tells him to grab his things and leave. He then accompanies her to the door before the end of the video.

The Quebec minister responsible for the fight against racism, Benoit Charette, denounced the video on Twitter on Wednesday.

“Desolating, shocking and condemnable! Behavior of this kind simply has no place in Quebec,” he wrote.

Mak said he was grateful that customers and store employees stood up to him.

â€œThese are real Canadian values, where we protect each other,â€ he said.

Mak said he was not going to pursue the case with the police, but he felt threatened and he feared for the Asian community.

â€œPeople think Asians are responsible for the coronavirus,â€ he said. “We need people to know that this is happening to Asians here and that it is not acceptable in Canada.”

Mak said it is important for people to speak out against this type of racist behavior towards Asians.

â€œThese people are not to blame,â€ Mak said. “We all live together under the same confinement and the same curfew.”

Winston Chan said there have been physical and verbal assaults against Asian Montrealers since the early days of the pandemic. Watching Mak’s video, the first thing he thought of was “oh no, not yet,” he said.

He is a member of the board of directors of the Montreal chapter of the National Coalition of Canadians Against Anti-Asian Racism.

People are frustrated with the pandemic and the public health measures, but that is no reason to make Asians the scapegoats, Chan said.

â€œI think it’s important to be an ally of the Asian community in these cases,â€ Chan said, acknowledging the efforts of employees and customers to defend Mak.

As long as people don’t put themselves in danger, it’s important to speak up for the victims and record the encounter if possible, Chan said.

He said Asians often do not report hate crimes, but he encouraged victims or bystanders to safely collect evidence and file a complaint with the police.