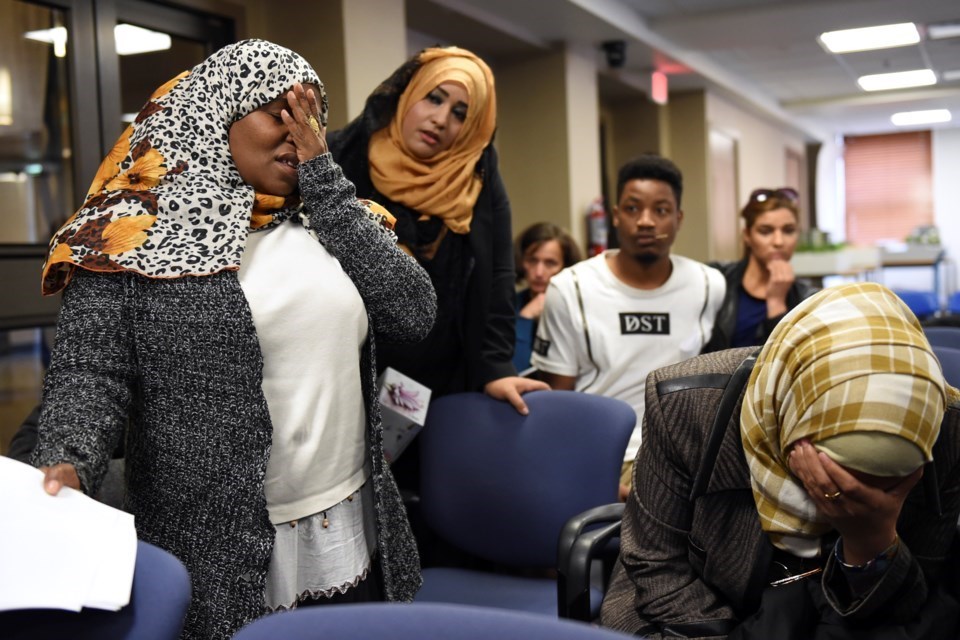 The decision was made despite six councilors voting to contribute $10,000 to the legal challenge brought by the National Council of Canadian Muslims and the Canadian Civil Liberties Association.

But because a two-thirds majority was required for the council. Jean Swanson’s motion to pass – as stated in the Vancouver Charter – the vote failed. The defeat of the motion came despite a plea earlier in the meeting by Mayor Kennedy Stewart to release the $10,000.

“There are all sorts of things we could and should do in the future, but here’s the choice we have right now,” Stewart told the board. “And it would be embarrassing not to fund that. So please vote yes.

Com. Melissa De Genova was absent for the vote.

“We all want to do the right thing,” Hardwick said. “But at the end of the day, the money we spend is public funds that come directly or indirectly from our residents. And given budget constraints, we can’t fund everything.

Swanson originally considered asking for $100,000 in his motion, based on the recommendation of the city’s Racial and Ethnocultural Equity Advisory Committee. The $100,000 would have been what Toronto and Brampton, Ont. the councils contributed to this.

“I know we don’t have a lot of money, but we have a reserve fund of about $45 million,” Swanson said.

“So I reduced it from over $100,000 to a measly $10,000, just so the city could show in a concrete way that we, as a city – not as individuals, but as a city – have the backs of the people who are going to be discriminated against because of this bill.

The vote took place after hearing from Guntaas Kaur, Vice President of the British Columbia Chapter of the World Sikh Organization Canada. The organization is intervening in the challenge to Bill 21 currently before the Quebec Court of Appeal.

Kaur thanked the council for voting unanimously in 2019 to condemn the bill.

“This motion before you represents the next step in that condemnation, taking action against discrimination, joining you with your neighbors of all faiths,” she said.

“In the times we live in, money is one of those tangible actions that speaks volumes. Contributing financially to a cause raises awareness. But in this case, I will also say that it boosts morale.

In an emailed statement after the vote, Kaur said she was grateful to Swanson for bringing the motion forward. At the same time, she said she was disappointed with the result.

“Replace the [Canadian] Charter with the use of the notwithstanding clause to circumvent basic human rights by a provincial government is, and should be, of deep concern to all Canadians, whether we live in Montreal, St. John’s or here in Vancouver.

Although the vote did not pass, Carr included an agreed-upon amendment to encourage council, businesses and organizations to personally contribute to the legal fight. Carr said she donated $1,000, while Wiebe, Fry, Dominato and Swanson all indicated they planned to donate.