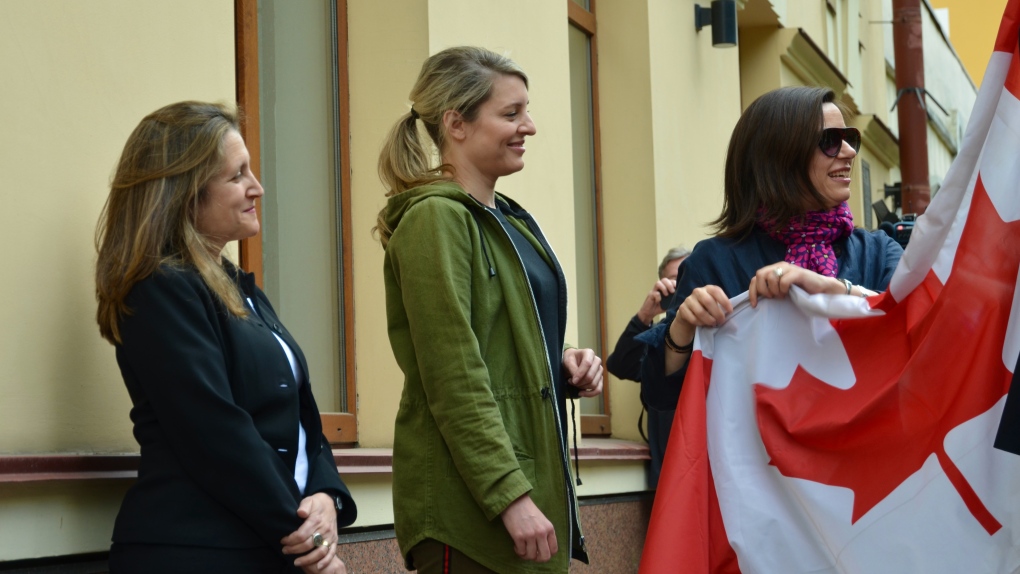 Canada has returned its ambassador to Ukraine, Larisa Galadza, to reopen the embassy in kyiv, but it is not yet clear when there will be a full diplomatic restoration in the region.

In an interview on CTV News Channel’s Power Play aired Monday, Foreign Minister Melanie Joly said consular services would continue outside Poland for the time being.

“We will assess what we are doing on a day-to-day basis, like other like-minded partners. For us, it was important to bring back our ambassador, to bring back a reinforced team also to support the diplomatic work,” she said from Belgium.

Canada closed its embassy in February, weeks before Russia invaded Ukraine. The government has faced increasing pressure to restore it in recent weeks, as have many of its allies.

Joly was one of several Canadian officials who made a surprise visit to Ukraine over the weekend amid the ongoing invasion.

Prime Minister Justin Trudeau and Deputy Prime Minister and Minister of Finance Chrystia Freeland were also on hand to oversee a largely symbolic Canadian flag-raising ceremony at the embassy.

Russian President Vladimir Putin marked the day with a speech in Moscow’s Red Square, where he sought to justify the war, now in its 11th week.

“The danger was increasing day by day,” Putin said. “Russia gave a preventive response to the aggression. It was forced, timely and the only correct decision.

Responding to his speech, Joly said it was “new lies, continuing with the lies he said”.

“We already know that Russia’s invasion of Ukraine is a failure. Period,” she said.