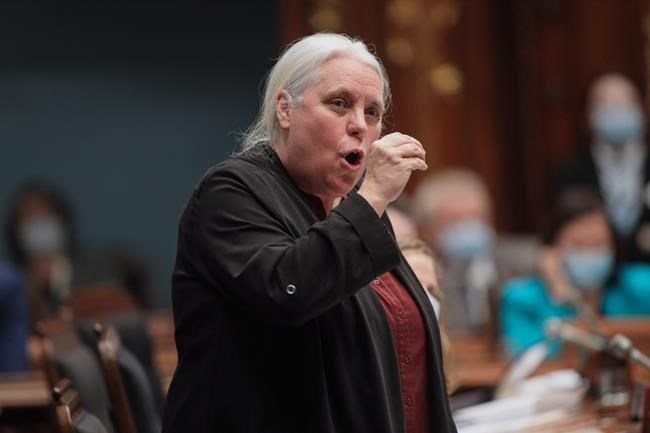 MONTREAL — At least two Quebec political parties said Saturday they would field more women than men as candidates in the fall provincial elections, including the one leading in the polls on the eve of the campaign launch.

MONTREAL — At least two Quebec political parties said Saturday they would field more women than men as candidates in the fall provincial elections, including the one leading in the polls on the eve of the campaign launch.

The Coalition Avenir Québec party, which hopes to form a second majority government on October 3, confirmed on Saturday that 69 of its 125 candidates will be women, or 55% of the candidates. The party called gender parity “very important” in an emailed statement.

The left-wing party Québec solidaire has slightly more numbers, with 70 women and 55 men, representing 56% of its full membership of 125.

Quebec Solidaire co-spokesperson Manon Massé said she believes leading so many strong women would be very helpful to her party, even though women made up less than half of elected officials in 2018.

“In my opinion, it’s quite unique in the history of Quebec to have a political party that wants to make gains in the next election and that presents more women than men,” said Massé.

Parti Québécois leader Paul St-Pierre Plamondon said Saturday that his party will lead 53 women and 72 men, which is within the “parity zone” of at least 40%.

Unlike other party leaders, Conservative leader Eric Duhaime said last year that he did not consider gender parity a priority when selecting candidates.

The percentage of women candidates for office reached the 40% threshold for the first time in 2018, and they were elected to a record 42% of the seats.

Québec solidaire had 66 female candidates in 2018, while the Coalition Avenir Québec had 65 women on the ballot.

The Liberal Party of Quebec has a woman at the head of Dominique Anglade, while Massé shares the role of spokesperson for his party with Gabriel Nadeau-Dubois. Coalition Avenir Québec leader François Legault has had a female deputy premier, Geneviève Guilbault, since his election to the premier’s office in 2018.

Québec solidaire said 21 of its candidates are from a visible minority and six are Indigenous. The Parti Québécois said it had 10 minority candidates and one indigenous, while the Coalition Avenir Québec has yet to provide a breakdown.

The Quebec election campaign will officially begin on Sunday.

This report from The Canadian Press was first published on August 27, 2022.

With files by Katrine Desautels and Helen Moka