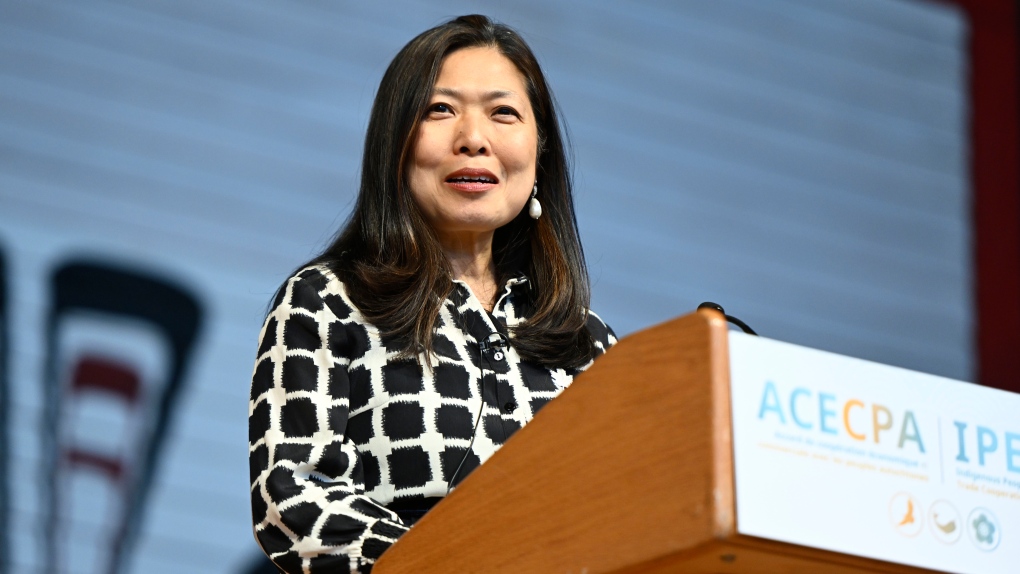 Canada supports US efforts to push back against what it sees as protectionist energy policies in Mexico that violate North American trade rules.

A spokesperson for Commerce Minister Mary Ng said Canada supports a US request for dispute settlement talks with Mexico and is also planning its own consultations.

Alice Hansen says Canada agrees that Mexico’s policies are inconsistent with its obligations under the United States-Mexico-Canada Agreement, known in Canada as CUSMA.

US energy producers have complained for months that Mexico grants preferential prices and emissions standards to its two main companies: oil and gas producer Pemex and the Federal Electricity Commission.

The USTR accuses Mexico of using “delays, denials, and revocations” to thwart U.S. access to Mexico’s energy sector, including renewables.

“Canada has consistently raised concerns about Mexico’s shift in energy policy. We agree with the United States that these policies are inconsistent with Mexico’s CUSMA obligations,” Hansen said in a statement. communicated.

The show of solidarity between Canada and the United States marks something of a pivot for a trade relationship that has been largely marred by disputes since the trilateral trade agreement became law two years ago.

The two countries are regularly at odds over how Canada uses the rules of the agreement to allow US dairy farmers access to the supply management market north of the border. And the Biden administration only agreed earlier this month to lift Trump-era tariffs on Canadian-made solar products imposed in 2018.

Softwood lumber also remains a longtime bone of contention between Canada and the United States, where two senior members of Congress are urging Tai to strike a deal to ease inflationary pressure in the U.S. housing market.

It would “make home building and home ownership more affordable for communities across the country,” Menendez and Thune wrote Monday in a letter to Tai and Commerce Secretary Gina Raimondo.

Since the last softwood lumber agreement between the two countries expired in 2015, lumber prices have more than doubled, they write.

“Tackling inefficiencies in the lumber trade would help reduce unnecessary financial pressures on the U.S. housing market,” the letter said. “We urge the U.S. Trade Representative to prioritize a new softwood lumber agreement between America and Canada.”

In November, the Commerce Department doubled the tariff rate on softwood lumber to 17.9%, but decided earlier this year to lower it to 11.64%.

Tai says the U.S. is ready to talk, but Canada must tackle the federal fee regime that U.S. producers say is creating a level playing field — the central issue in a long-running trade dispute decades.


This report from The Canadian Press was first published on July 20, 2022.