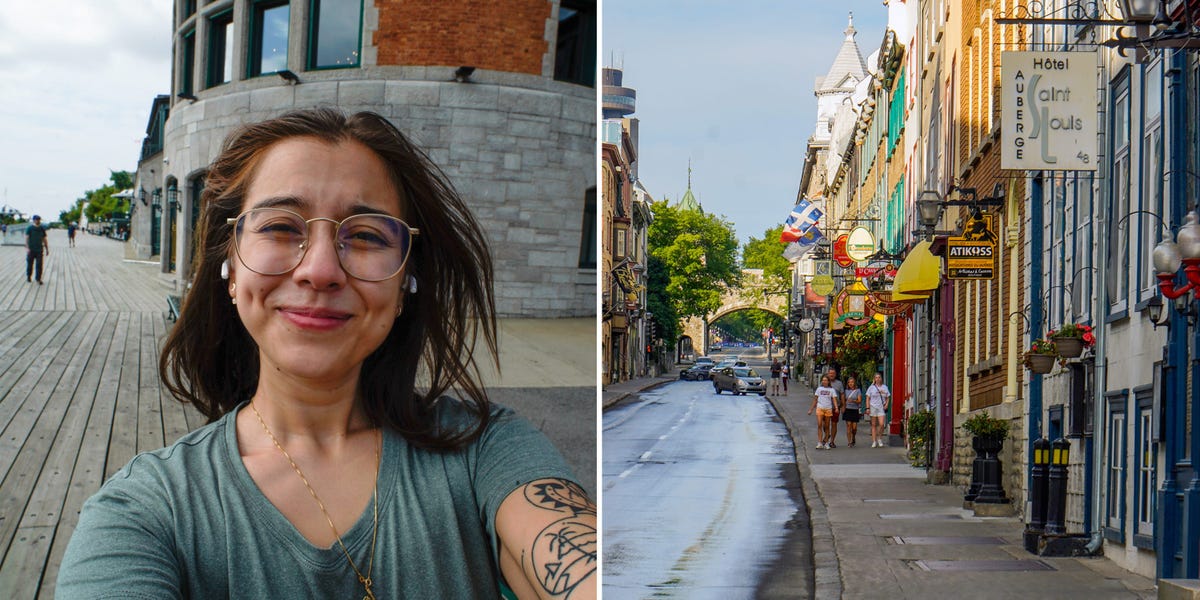 I stayed at the Fairmont Le Château Frontenac, a historic luxury hotel, for around $600.

The hotel was located on the edge of Cap Diamant, a cliff atop Old Quebec, so passing train travelers could easily spot it, as it resembles a gigantic castle, according to AFAR. The hotel attracts visitors with its Renaissance-style architecture, and today it holds the reputation of being the most photographed hotel in the world, according to World Atlas.

In addition to the 610 rooms, the hotel has shops, restaurants, and publicly accessible hallways filled with historical exhibits telling the story of Quebec City with timelines and images. There are five restaurants at the hotel, including the historic Champlain Restaurant, which features dishes from a world-class chef. There’s also a spa, pool, and fitness center, which I didn’t get to see for myself since my stay in Quebec was so short.

I found the Fairmont Le Château Frontenac to be the nicest hotel I have stayed in and it was in the perfect location for visiting Old Quebec, a neighborhood that has been preserved for 400 years. As it sits on a cliff, the hotel offers spectacular views of the city streets below and the St. Lawrence River. And with so many nearby streets lined with shops and restaurants, I didn’t have to wander far to get a feel for the neighborhood.

I thought it was impressive inside too. I noticed that the hotel lobby had an elegant, classic style with dark colored walls and medieval looking light fixtures.

I booked a Fairmont room, the lowest room category in the hotel. Fairmont rooms measure between 175 and 220 square feet and are recommended for couples and solo travelers, according to the hotel’s website. It costs $600 in the summer, but prices typically start at $160 during slower seasons, according to recent research.

My first impression of my room was that it seemed small and simple, especially for a place considered the most photographed hotel in the world. But there was an amazing view of Quebec City, which I appreciated.

Unlike all the other hotels I have stayed in, I found the Fairmont Le Chateau Frontenac to look like something straight out of a fairy tale. The outdoor and public spaces made me feel like I was in a palace. But since I was less impressed with the interior of my room, I’d probably stay elsewhere next time. In my opinion, it’s only worth $600 if you’re a fan of historic hotels or want to stay in one of the best places in Quebec.

But I think it’s still worth a visit, even if you’re not staying there for the chance to admire it up close, photograph it, and explore the surroundings of Old Quebec.

Liberals blame people for where they live, instead of fighting climate emergency « Canada’s NDP