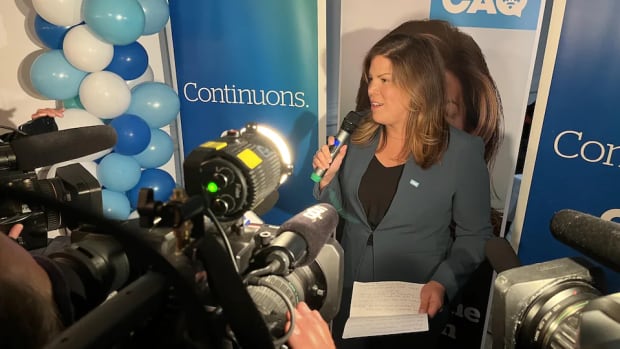 Kateri Champagne Jourdain became the first Innu — and the first Indigenous woman — to be elected to the National Assembly. The Coalition Avenir Québec candidate snatched the riding of Duplessis from the Parti Québécois after 40 years of PQ rule.

Originally from the community of Uashat Mak Mani-Utenam, near Sept-Îles on the north shore of the St. Lawrence River, Champagne Jourdain won hands down with 45% of the vote — a margin of 3,300 votes over Marilou Vanier of the PQ.

The only other Indigenous person to hold provincial office in Quebec since 1969 is Alexis Wawanoloath, an Abenaki lawyer elected PQ member for the riding of Abitibi-Est in 2007.

Champagne Jourdain said she intends to draw on her culture to help her work with indigenous communities in the development of “big projects”.

“I carry the Innu culture within me and I bring it with me to Quebec. She will follow me throughout my mandate, ”she said in an interview after her victory.

Ghislain Picard, the Assembly of First Nations regional chief for Quebec and Labrador, contacted her on Twitter shortly after her victory was declared.

“I would like to send my congratulations to Kateri Champagne Jourdain, elected Innu in Duplessis,” tweeted Picard.

Besides Vanier from the PQ, Champagne Jourdain ran against Chamroeun Khuon from the Liberals, Uapukun Mestokosho from Québec solidaire and Roberto Stéa from the Conservative Party of Québec.