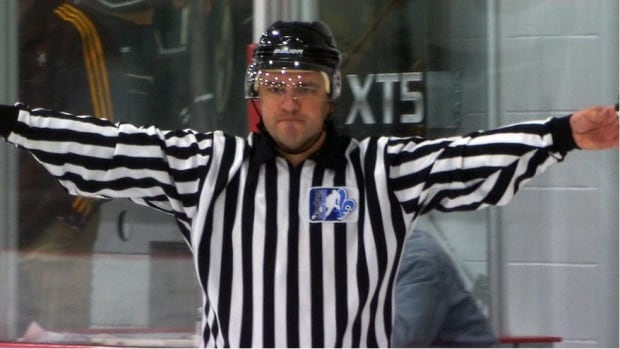 The hockey leagues for young players in Quebec are facing a serious shortage of referees.

The shortage is most acute in the Outaouais, where veterans are leaving the community in droves.

â€œWe still recruit a lot of young people every year, […] but we lose a lot in years of experience, â€said Mark Loyer, regional chief referee for the Outaouais.

He estimated that 25 percent of officials will leave this year, and 85 percent of those starts will be made by officials with 5 to 10 years of experience – sometimes more.

â€œSince we are losing veterans, we have no choice but to promote young people faster than expected,â€ Loyer said.

The leagues rely on experienced linesmen to mentor young recruits.

Charles Romain, who has been a referee in the region for about five years, said the often unpleasant and sometimes aggressive behavior by spectators can hurt the morale of young people starting out in the trade.

“I see young people who are starting and who [spectatorÂ behaviour] affects a lot. It is the role of the elderly to try to protect them as much as possible, â€he said.

Salary varies by region and level of play, he adds, and that rate of pay can discourage many people from staying in the trade. Referees typically earn around $ 25 per game, according to Romain.

In addition, several arbitrators told Radio-Canada that the tax system could distract people from work.

Hockey Quebec recently categorized hockey officials as self-employed. This change means seasoned arbitrators who have never had to fill out a T4A form when submitting their annual tax return will now need to do so.

It’s quite frustrating to convince some people to leave for that reason alone, said Richard Trottier, director of refereeing for the Quebec Major Junior Hockey League.

According to him, the pandemic is also playing a role. At some point, he said, the pandemic will be resolved and regions will find the number of officials they need.

He says the referee shortage doesn’t really affect the Quebec Major Junior Hockey League, as it sits at the top of the amateur hockey pyramid.

Regardless, several referees have said that they continue to practice their profession for the love of hockey.