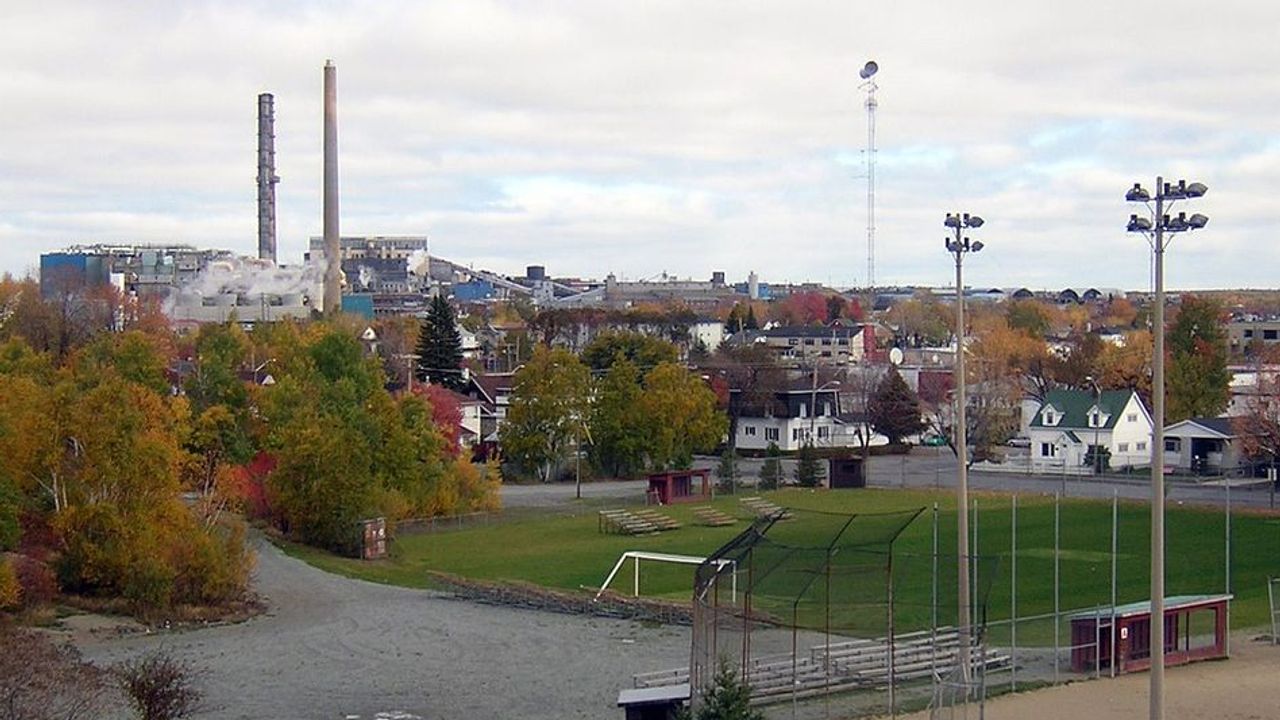 The right-wing provincial government CAQ (Coalition Avenir Québec) continues its maneuvers to quell popular anger after new revelations of massive and deadly pollution generated by the Horne Foundry, owned by the multinational Glencore, in Rouyn-Noranda in the northwest of Quebec.

The government of Prime Minister François Legault recently announced that the threshold for daily arsenic emissions, set at 100 nanograms per cubic meter (ng/m3) for 2021 by the previous Liberal government, should be lowered to 15 ng/m3 d by 2027, which is still five times higher than the provincial cap of 3 ng/m3.

We have known for a long time that the massive emission of arsenic and other heavy metals from the smelter, one of the most polluting facilities in Canada, is causing serious health problems for the population of Rouyn-Noranda. This includes a significantly higher rate of lung cancer than the provincial average, 50% more cases of chronic obstructive pulmonary disease, a much higher number of low birth weight babies and a life expectancy of up to five years. lower than the provincial average. in the neighborhoods near the foundry.

The announcement of the Legault government will not change anything in this health disaster. The CAQ’s policy follows in the footsteps of the Liberals and PQ who preceded it in power and who have known the consequences of emissions since at least the mid-1970s. Then, as now, the main concern of the authorities is to preserve the profits generated by the Horne smelter.

First, the new threshold, even if it is respected, continues to threaten the health of the population of Rouyn-Noranda, as well as the fauna and flora at least 50 km from the aluminum smelter. Dr. Clodel Naud-Bellavance, who practices in Rouyn-Noranda, told CTV “it’s not reasonable to accept that…the next 5 years will be above 15 nanograms.” She points to the increased risks for children, who are more affected by arsenic emissions because of their small size and because they tend to play in soil contaminated by the fallout from the emissions. “Five years is a long time in a child’s life,” notes Naud-Bellavance.

Second, the Environment Minister’s announcement was tailor-made for Glencore, which has just paid an additional $4.5 billion to its shareholders. Before the government’s announcement, the company said it was ready to invest $1.5 billion over 10 years to reduce its emissions. Talks are underway between Glencore and the Legault government, which has said it is open to providing public funds to the company. In addition, the Horne foundry itself proposed a relatively similar threshold between 20 and 64 ng/m3.

Third, what the company actually does over the next five years will, to a large extent, be kept secret. The government’s “requirements”, announced with great fanfare in the media, are in fact recommendations that the company will have to include in its next certification which must be renewed by the end of the year. Glencore’s Horne smelter, like 88 other production sites across the province, has the ‘right’ to pollute above provincial standards, on the grounds that the plant existed before new, tougher standards were implemented .

The five-year certification specifies the nature and quantity of contaminants that the company expects to emit. But the document is not publicly available. Anne-Sophie Doré, from the Center québécois du droit de l’environnement, tweeted: “It’s like telling people: we will infringe on your rights, but we won’t tell you how.

The CAQ, like its Liberal and PQ predecessors, uses these undemocratic methods to defend the interests of big business. Significantly, it was the former national director of public health, Dr. Horacio Arruda, who blocked the publication of data demonstrating the highly toxic nature of the emissions at the Horne smelter by comparing the state of health in Rouyn-Noranda with the rest of the province. .

Arruda then oversaw the CAQ government’s disastrous response to the COVID-19 pandemic. As in Rouyn-Noranda, the CAQ put profits before human lives everywhere in the province. He demanded that factories and most workplaces remain open, along with schools, so that profits could continue to be extracted from the labor of the working class. He abandoned all efforts to fight the pandemic in the name of the murderous policy of “living with the virus”. The result is that the province now has more than 16,000 deaths, millions of people infected at least once with COVID-19 and a collapsing healthcare system.

Québec solidaire (QS), the pseudo-left party in Quebec that represents sections of the affluent middle class, has played a key role in sowing illusions about the Legault government and preventing major political issues stemming from pollution industry are raised.

Émilise Lessard-Therrien, QS MP for Abitibi-Témiscamingue, where Rouyn-Noranda is located, occasionally criticizes the Legault government. But she punctuates her tweets with futile calls for the government to listen to reason. Speaking to Quebec’s environment minister, she wrote: “Will he take responsibility and demand the Quebec standard or continue to act as a little clerk of the economy?”

Legault’s cordial attitude towards the management of Glencore is not an aberration. This is just one example of the objective role of the bourgeois state, “a committee for managing the common affairs of the whole bourgeoisie”, in the words of Karl Marx and Friedrich Engels, founders of scientific socialism.

QS presents pollution in Rouyn-Noranda as a purely local problem. “If the safety standard is 3 ng [per cubic metre] for Quebec, why would it be different here? tweeted Lessard-Therrien. However, it has been revealed that no less than 89 companies, all over the province, can pollute beyond the standards and thus cause countless health problems.

Environmental pollution, which arises from the total incompatibility of social needs and a system based on private profit and competition between rival nation-states, cannot be overcome on a local or even national basis. As a promoter of the most narrow-minded nationalism and regionalism, QS rejects any orientation towards the international working class, the only social force capable of reorganizing production on rational and environmentally friendly bases.

As for the unions, they came to the company’s defense by declaring that the Horne Foundry is among “the least polluting of its kind in the world”, in the words of Dominic Lemieux, Quebec director of the Syndicat des Métallos, which nominally represents 1,500 Glencore employees in the province.

Inveterate defenders of the profit system, that is to say of the right of large companies to accumulate billions on the backs of their employees to the detriment of the health and life of the surrounding populations, the unions have entirely adopted the positions of the ‘company.

Adding his voice to Glencore’s efforts to secure new government grants, Lemieux said: “We are confident that with the money injected, Glencore will be able to further reduce its arsenic and carbon emissions. More than 3,000 direct and indirect jobs depend on it.

Workers must reject the idea that the economy can only function at the expense of their health. The massive pollution generated for decades by the Horne smelter, as well as countless other factories around the world, raises crucial questions: who should run society and organize production? The capitalist class on the basis of private profit? Or the working class on the basis of human needs, including environmental preservation?