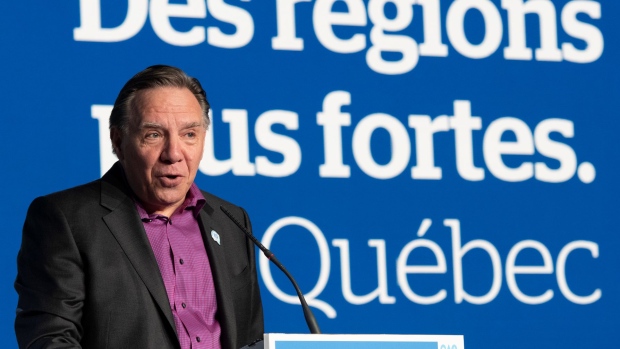 MONTREAL – Most public health measures in Quebec will be lifted once the vast majority of children are vaccinated against COVID-19, which Premier FranÃ§ois Legault hinted at on Thursday could happen at the start of the year next.

In an announcement on the promotion of hockey in Quebec, the Prime Minister reacted to the news that Canada is preparing to authorize the Pfizer-BioNTech vaccine for children aged 5 to 11 on Friday.

Quebec is “ready” to start vaccinating children, he said, but is waiting for the green light from Ottawa.

“Once that’s ready we’ll start, so I’m ready for an announcement with [Health Minister Christian DubÃ©], he told the Bell Center.

Across the border, Ontario has already announced a five-step plan to phase out all public health measures by the end of March 2022, including requirements for masks and proof of vaccination .

Such a detailed plan does not exist in Quebec, but the Legault government is now offering some hope to residents that a normal life is within reach, although it has pointed out that the vaccination of a sufficient number of ‘children will be the key to making it happen.

Despite opposition from his opponents in the National Assembly, Legault said the state of emergency would remain at least until 2022.

The federal government has scheduled a press conference for 10 a.m. Friday to discuss Canada’s youth immunization plan. Pfizer and its partner BioNTech submitted a request to Health Canada on October 18 to have their vaccine approved for use in children.

The two companies say the results of their trials in children show comparable safety and efficacy results to those found in a previous Pfizer-BioNTech study in adults aged 16 to 25.