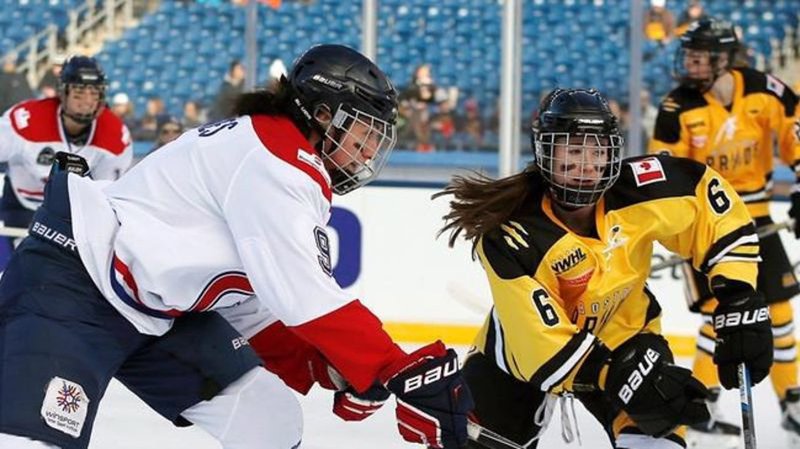 The official Montreal team name and logo will be announced in the coming weeks, along with announcements of the team’s first coaching staff and roster roster as signings come in. of players will start.

“This is a very exciting time for the PHF and the growth of professional women’s hockey,” said PHF Commissioner Reagan Carey.

“The city of Montreal and the province of Quebec have a rich hockey history of which the PHF is proud to be an official part. Along with their community pride and passion for the game, the leadership of Daniele, Kevin and Emmanuel provides a trio of hockey, business and promotional experience that will have an immediate and lasting impact.

Raphael is no stranger to women’s hockey and has been a longtime ambassador for the sport across the province. He regularly uses his platform to raise awareness of the sport and its athletes, including producing a three-part documentary series in 2020 called “Gap Year” which examined the state of women’s hockey.

Raphael has been a business partner of Anderson for over a decade with collaborations on numerous projects in sports, entertainment and philanthropy. Most notably, their annual charity hockey game known as the “KR Classic” features NHL players, female hockey stars and Quebec personalities raising funds to support childhood cancer foundations.

“Professional women’s hockey is back in Montreal, and Emmanuel and I are very happy to work with the PHF to help develop the women’s game throughout the province of Quebec,” said Raphael. “We look forward to building a team with strong community partnerships and talented athletes who are ready to make a real difference on and off the ice.

“This is just the start of what is going to be a very special season for everyone.”

The city’s professional women’s hockey history includes the Montreal Stars, founded in 2007 and renamed Les Canadiennes de Montreal in 2015. They competed in the Canadian Women’s Hockey League and won a record four Clarkson Cup championships between 2009 and 2019.

In December 2015, Les Canadiennes and Boston Pride made history by playing in the first outdoor women’s game as part of the 2016 NHL Winter Classic festivities. the creation of the league in 2015.

“Expansion is an important part of the PHF’s commitment to grow the game by providing greater opportunities for more professional athletes to develop and compete, while inspiring the next generation to pursue their own dreams in sports,” Carey said.

“The introduction of a new PHF team in 2022-23 will help us build a strong and sustainable future, one step at a time. We will continue to evaluate further expansion opportunities across North America as beyond next season.”

The PHF’s 2022-23 regular season schedule has yet to be announced, with specific details regarding home games and Montreal locations to be determined at a later date.

This report from The Canadian Press was first published on July 11, 2022