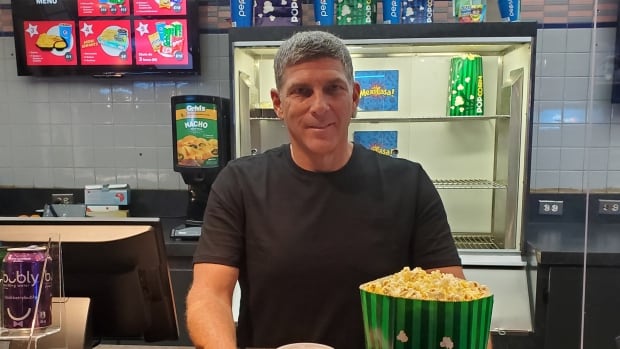 The pandemic takes a big bite out in Quebec cinemas

Bruce Gurberg smiles as he talks about the taste of movie theater popcorn and listing the movies showing at his CÃ´te-des-Neiges theater, despite the fact that last year his business was crippled by the pandemic.

â€œThere is no doubt that our numbers have gone down and it has not been pleasant,â€ said Gurberg, owner and president of the Cine Starz movie chain.

“Being closed, with curfews, no food sales, was absolutely difficult.”

The latest figures published by the Quebec Institute of Statistics theaters in the province saw 14 million fewer visitors in 2020 than in 2019 – a 77% drop, largely due to COVID-19 restrictions.

In March 2020, Quebec entered lockdown and cinemas were closed. They reopened with reduced capacity three months later, as summer looked bright. But in October, as Quebec was hit by another wave of infections, they were closed again as Premier FranÃ§ois Legault imposed curfews and strict rules.

During the March break of this year, theaters slowly welcomed moviegoers in their stead, but not without controversy.

Vincenzo Guzzo, president of Guzzo Cinemas, said most cinemas wouldn’t want to reopen without being able to sell popcorn and snacks, which make up half of their income. Premier Legault called it â€œthe door to popcornâ€ and the Quebec government agreed to compensate movie theater owners for lost revenue from concession stands.

“Lots of protocols” for customer safety

In recent months, Gurberg says customers still seem reluctant to return to its five branches in Quebec and Ontario.

â€œThere has been a huge drop,â€ he said. “We notice that the people who come love it, appreciate it. But there is still a lot of fear and a lot of people are not ready to give it a shot yet.”

With all of Quebec currently in the green zone, cinemas can accommodate up to 500 people per section with a maximum capacity of 7,500. Reservations are required, people living at different addresses must sit in a separate seat. and face masks should be worn unless you are silent and seated. Customers can snack on popcorn but cannot speak.

Movies are one of the non-essential activities for which a vaccination passport is required to enter.

Theaters should also have separate entrances, exits, food counters and sanitary facilities for each area and staff should monitor access.

â€œWe have a lot of protocols here for your safety,â€ said Gurberg, â€œand we follow all the rules and take care of everyone.â€

Streaming in a house near you

Gabriel Pelletier, president of the Association of Directors of Quebec, an association of Quebec film producers, says COVID-19 has accelerated a global change in the way films are created and consumed.

While theaters were closed, he says more and more Hollywood productions have debuted in people’s living rooms.

â€œThere is a window where the movies are supposed to only be on the big screen,â€ Pelletier said. “This window is getting smaller and smaller.”

Pelletier says streaming services mostly have an appetite for English content, but he thinks it will only be a few years before he starts targeting French films from Quebec.

He says small local productions are already going straight to independent theaters and streaming services, which are ready to fund films and help keep costs down.

â€œThe theatrical release is just another screen in the whole scheme of things,â€ he said.

Arshad Khan, Montreal filmmaker and member of the organizing committee of the Coalition of South Asian Film Festivals, says he will never stop making films designed for theaters.

As a Parkistani-Canadian artist, Khan says he lives for the â€œrich conversationsâ€ that occur after his film screenings, when people from different backgrounds and backgrounds come together to discuss a shared experience.

â€œThere is no way these conversations could have happened if they were watching my work on a streaming platform,â€ he said.

â€œCinema gives the opportunity to develop community, to build community, to discuss and examine art,â€ he said. “The four walls of cinema and sound design and all … that suits you.”

Khan says there are many other filmmakers, producers and movie owners who are passionate about the traditional large format and will fight to maintain the central role of theaters in the business. And he says he would like the government to look at how it can provide additional support to Canadian industry.

“When you want your audience to have that experience or that intensity, you can’t do it when they’re sitting on their laptop or at home or on their phone, it can only happen in a movie theater,” a- he declared.

“I think the government should do its best at all levels (…) to ensure that this important cultural institution is supported and does not die out,” he said.

â€œWe need to protect our arts and culture.

Despite the challenges he’s faced over the past year and a half, Gurberg says he’s willing to bet people will still want to go to the movies.

He will be opening a new theater on Cavendish Boulevard in a few months and is convinced that attendance will eventually return to normal.

â€œThere is nothing like a movie and a popcorn in a movie theater,â€ he said. “It has been difficult, but things are improving in the future.”

The language law must not be “moderate and reasonable”, declares Louise Beaudoin during the hearings on Bill 96