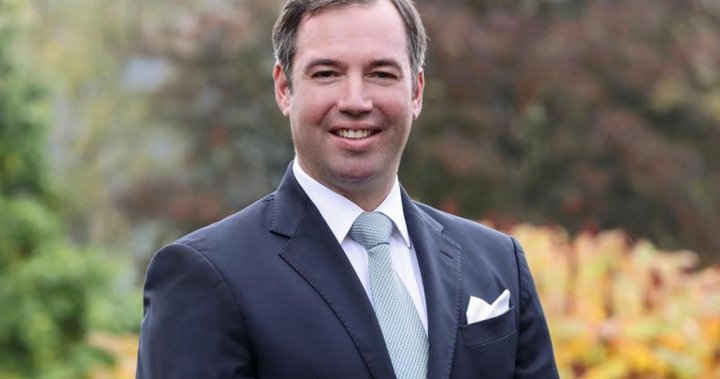 The Luxembourg royal family took refuge in Quebec during the Second World War: the crown prince

The Crown Prince of Luxembourg, who is in Toronto for an official business visit, has spoken publicly about how his family took refuge in Canada during World War II.

Prince Guillaume Jean Joseph Marie, heir to the Luxembourg throne, said few knew his great-grandparents, grandfather and other members of the royal family lived on a farm in Quebec in the 1980s. 1940 after the Nazi invasion in 1940. Charlotte, then Grand Leader Duchess of Luxembourg, takes refuge in Quebec with her six children.

“It’s more well known that the Dutch royal family had spent time here in Canada, but so did the Luxembourg family,” he said in an interview.

His remarks come weeks after Princess Margriet of the Netherlands paid tribute to the role Canada played in providing refuge to the Dutch royal family during World War II.

The Princess visited the nation’s capital last month, where she was born at Ottawa Civic Hospital after her family fled in 1940.

Prince Guillaume stressed that his family also had strong ties to Canada and fond memories of living here.

The Crown Prince is taking part in a large trade delegation with members of the Luxembourg government. He said the country is particularly focusing on deepening cooperation in the field of high technology, including cybersecurity.

“We already have very, very close economic ties,” he said. “The commercial relationship is already very strong but there is more potential. I think this is one of the first trade missions outside of Luxembourg after the pandemic.

During a speech on Monday evening, the heir to the Luxembourg throne spoke of his family’s gratitude.

The prince said it is “a relatively unknown fact that the Grand Ducal family and parts of the Luxembourg government fled to Canada during the Nazi occupation of our country during the Second World War”.

The Prime Minister of Luxembourg during the Second World War, Pierre Dupong, also lived in exile in Canada.

3h30
“If he saved my father, he saved me”: the unsung sacrifice of a Canadian WWII pilot on D-Day

He said the refuge is now extended to Ukrainian refugees from the latest European conflict.

“I personally have deep respect and sincere gratitude for Canada’s welcoming culture, not least because it provided shelter for my family during the darkest hours of our contemporary history,” he said. in a speech at the InterContinental Hotel in Toronto.

“My grandfather, the late Grand Duke Jean, would tell us stories about my family’s Canadian time and how they enjoyed their time here despite the difficult circumstances,” he said.

The Nazi occupation of Luxembourg, Belgium and the Netherlands began in May 1940.

Many Luxembourgers were conscripted into the German army, and nearly 3,500 Luxembourgish Jews were murdered during the Holocaust.

The Grand Duchess and her children fled the occupation and went into exile first in France, then in London and then settled in Montreal. She addressed her country on the radio while in Montreal and also toured the United States, the prince said, to raise awareness of the Nazi occupation of Europe.

His son, Hereditary Grand Duke Jean, took part in the Normandy landings in 1944, the maritime invasion of continental Europe occupied by the Allies, including Canada. Luxembourg was fully liberated from Nazi occupation in 1945, following the German Ardennes Offensive, or Battle of the Bulge, into Belgium and Luxembourg.

The prince said his grandfather went to Laval University in Quebec and also lived in a house in Montreal which now houses the honorary consulate of the Czech Republic.

A road near Laval University has been named rue de Luxembourg.

The prince said his grandfather loved skiing, “and that has also passed down through the generations – my father also had the opportunity to enjoy your wonderful slopes.”

“I had the opportunity to talk about it a lot with my grandfather,” the prince said. “And all of his siblings had a really great experience from various boarding schools. They stayed in Canada long enough. They stayed here for four years during wartime.

The prince says his family has memories of Canada and collects Canadian artwork that still hangs in their homes, including Indigenous pieces.

The prince said he has made several official visits to Canada and that he and his family have also visited for pleasure.

“I had the opportunity to travel a few times and see where they lived in Montreal,” he said.

The Crown Prince, who is the eldest son of Henri, Grand Duke of Luxembourg, is a board member of the World Scout Foundation and played in a rock band at school. Like his father and grandfather, he attended the Sandhurst Military Academy in England.

‘Day zero’: Gqeberha in South Africa is counting the days until its water taps dry up