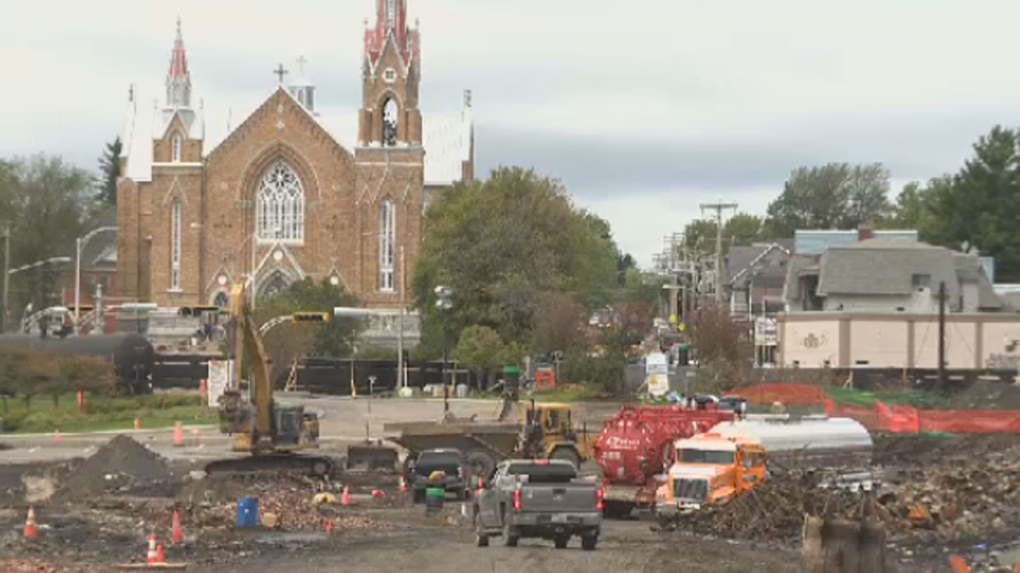 Ottawa has announced a new public consultation on the potential impacts on wetlands caused by the Lac-Mégantic bypass project.

Three public information sessions are also scheduled for September 13, 14 and 16.

The Lac-Mégantic bypass, with a planned length of 12.5 km, aims to prevent freight trains from directly crossing the town center of the municipality in order to avoid another tragedy.

On July 6, 2013, a major fire broke out overnight when a 72-tank train derailed in the heart of the city, killing 47 people.

The new route, which would pass further north, has already been recognized as the best option by the Bureau d’audiences publiques sur l’environnement du Québec (BAPE).

The federal government also claims to have the most negligible impact on farmland, according to the Commission de protection du territoire agricole du Québec (CPTAQ).

The public consultations aim to create a thorough assessment of the project’s impacts on groundwater and wetlands.

The federal government has also extended until November 4 the period for negotiations between Public Services and Procurement Canada (PSPC) and landowners on the route of the new route.

Ottawa says it was the landowners who requested an extension.


— This report from The Canadian Press was first published in French on August 9, 2022.