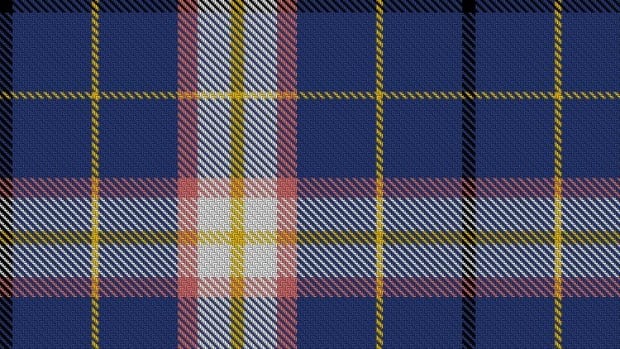 The Gaspé in Quebec gets its own official tartan

The GaspÃ© now has its own official tartan, thanks to teamwork spurred on by the initiative of a bagpipe player and driven by the knowledge and expertise of a Quebec kilt maker.

BenoÃ®t Poulin, a bagpiper from Matane, Quebec, about 500 km north of the provincial capital, found that the more he learned about Scottish culture and music, the more he began to like it. Given Scotland’s deep roots in the GaspÃ© region, he felt that this bond should materialize.

“It happened about five years ago,” he said. “The idea [to create a GaspÃ© tartan] came to me spontaneously and I started to research. “

â€œAt the time, I knew that there was one under construction for the Saguenay [region] and I was like, ‘Well wouldn’t it be good to have one for with us in the GaspÃ©? ‘”

Poulin contacted Patrice MacLeod, photographer, designer and manufacturer of kilts in Quebec, recognized as the co-inventor of the GaspÃ© tartan.

â€œPatrice said it was doable and you just had to find a pattern that matched the region,â€ Poulin said.

The duo found their inspiration in an unofficial flag of the GaspÃ©, created by historian Marc-Antoine Deroy in 2001, which Poulin says was proudly adopted by locals.

Using the colors of the flag as a starting point, MacLeod completed a design that was sent to Scotland for evaluation by the Scottish Register of Tartans.

To be formally approved, tartans must be new and unique, meet the criteria of the Scottish Tartans Register Act 2008 and show a clear link between the person registering the tartan and the name of the proposed tartan.

Poulin says the design was approved, but the registry told him it needed a person of authority for the GaspÃ© region to sign it. He says he contacted Jonatan Julien, the provincial minister responsible for the GaspÃ©sie â€“ ÃŽles-de-la-Madeleine region, who loved the idea and signed the letter needed to finalize the process.

Patrice Lambert MacLeod, the 6th chieftain of the MacLeod clan from Saguenay, says Quebeckers and Scots don’t just share a love for violin music, dancing and happy celebrations, they actually come from the same place.

“We must not forget that Quebec culture is of French origin and that France is Celtic,” he said. â€œThe Gauls were a confederation of Celtic tribes.

MacLeod explains that while there were a large number of diverse Celtic tribes across Europe, culturally and linguistically they shared a lot of similarities and were able to communicate with each other.

“Tartan is not necessarily Scottish,” he said.

“The Scots, especially the Highlanders, adopted it as a national symbol but it doesn’t necessarily belong to them, historically speaking. It’s Celtic.”

MacLeod retired from commercial kilt manufacturing last year, but says he still has a workshop and is happy to put his expertise to work for people like Poulin who come to him with passionate projects like the GaspÃ© tartan.

He has been making kilts for 25 years and since his beginnings he has also studied Scottish history, genealogy and traditional weaving.

â€œI learned by making kilts,â€ he says. “Making kilts interested me in tartans, which led me to weave, to learn all the techniques behind it … subtle rules that are not necessarily written down and are part of visual art. ”

â€œThe real kits are handcrafted and custom made,â€ he said. “The tartan itself is the design, not the object.”

He says kilts have different layers of symbolism and detail, depending on their meaning.

“There is a dominant base color, for example, hunting tartans will be mostly green, while celebratory tartans will be more colorful, they will have more red, yellow, pale blue. The black line in a tartan, represents the ink of writing. history. “

MacLeod says tartans aren’t just used to make kilts. Once a design is approved and registered in Scotland, it becomes part of the public domain and can be used in ties, scarves, shawls – anything made of wool.

When asked what it means to have your own tartan for people in a particular region like the GaspÃ©, MacLeod said it all comes down to an individual’s sense of belonging, cultural pride and understanding. of its family and regional history.

In his case, he has traced his family tree branch by branch over the years, visited Scotland to learn more about his heritage, and created a tartan for his own region of Saguenay-Lac-Saint-Jean, as well as the one he designed for the GaspÃ©. .

â€œWhen I went to Scotland in 2013, it felt like I was coming home,â€ he says, â€œeven though our family has been in Quebec for six generations. [The connection] is very deep, it is very difficult to explain. “

MacLeod says it’s expensive to weave a tartan in Scotland, which is part of why it took a long time to bring Poulin’s idea to life. But now the design has been sent to a weaver there who will send the fabric back to MacLeod, who will create a custom kilt for Poulin.

“Today, in a world of people who are scattered and caught up in ‘me, myself and me’, having a clear identity path is the best way to reconsider our community bonds.”

Quebec government wants NHL team to come to capital, but fans are skeptical