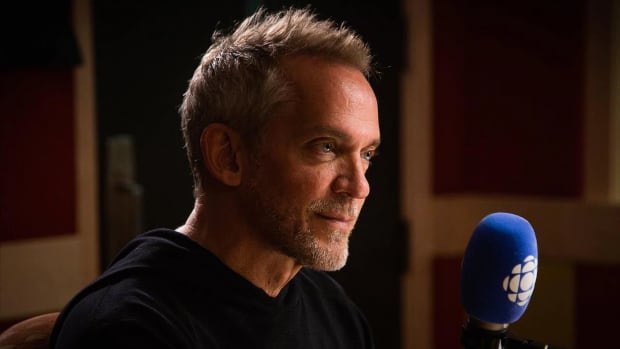 The Quebec film industry is shaken by the death of award-winning filmmaker and producer Jean-Marc VallÃ©e. He was 58 years old.

Radio-Canada confirmed the news first reported by US media on Sunday evening. According to VallÃ©e’s son, Ã‰mile, the filmmaker died on Christmas night.

The cause of his untimely death has not been announced, leaving the artistic community in shock.

At the time of his death, he was living in a chalet in Berthier-sur-Mer, in ChaudiÃ¨re-Appalaches, about 70 kilometers east of Quebec.

Michel CÃ´tÃ© who played in VallÃ©e’s first film Blacklist (1995) told Radio-Canada All morning this VallÃ©e was a detail-oriented director who loved his cast.

â€œIt’s like he’s playing on the first line of a hockey team,â€ he said. â€œHe sees everything.

While on vacation, he said the two would meet for annual reunions and VallÃ©e would tell stories about Hollywood.

“This year, with COVID, I stayed in the country, so I told myself that I would miss my meeting with Jean-Marc, but I will miss this meeting and many others.”

VallÃ©e rose to fame after the coming-of-age movie was released CRAZY (2005) and the romantic drama CafÃ© de Flore, which received three Engineering awards in 2012 among 13 nominations.

Producer Pierre Even, who worked with VallÃ©e on both films, said he learned of his death Sunday evening after a friend sent him an article from the US publication Deadline.

â€œI couldn’t believe it,â€ he said. “I was with my partner and we were completely and totally in disbelief.”

Even though Even says they didn’t see each other often due to their respective professional obligations, he will remember VallÃ©e as a friend and director with “astonishing intensity” who devoted himself entirely to his films.

“It was one of his great qualities,” he said. “We have lost a great artist who had not finished sharing his vision of the world with us.”

Alexandra StrÃ©liski, whose music is featured on several occasions in VallÃ©e’s work, homage paid to the late director on Twitter.

My lucky star has always been him. ðŸ’”
You left much too early Jean-Marc. You leave indelible traces in our hearts, our souls and our inspirations. Rest in peace dear friend. pic.twitter.com/KQHoqLqp3V

“I have always considered Jean Marc as a big brother,” Denis Villeneuve, a friend and colleague from Quebec, told CBC.

The duo played a decisive role in the breakthrough of Quebec cinema in Hollywood – Villeneuve more recently with Dune last fall and Blade Runner 2049 in 2017.

â€œHe is someone who, through his incredible ambition and talent, has inspired me, inspired me and inspired many friends around me and I am sure he will inspire generations to come. was a pioneer, â€Villeneuve said.

Prime Minister FranÃ§ois Legault offered his condolences to those close to VallÃ©e in a Tweeter, calling the news of the director’s death a tragedy.

â€œJean-Marc VallÃ©e moved me with CRAZY. and Big little lies“he said.” He was extremely nice. “

â€œJean-Marc VallÃ©e’s passion for film and storytelling was unmatched, as was his talent. Through his work and his art, he left a mark in Quebec, Canada and the world, â€Trudeau wrote. “My thoughts are with his family, friends and fans as they mourn his sudden passing.”

Reese Witherspoon, who starred in VallÃ©e’s Savage (2014), which earned her an Oscar nomination for Best Actress, and in Big little lies also expressed sorrow Twitter.

â€œMy heart is broken. My friend. I love you,â€ she wrote.

Opinion: Bill 21 failed Fatemeh Anvari. But he also fails his students like my son, and Quebec laymen like me