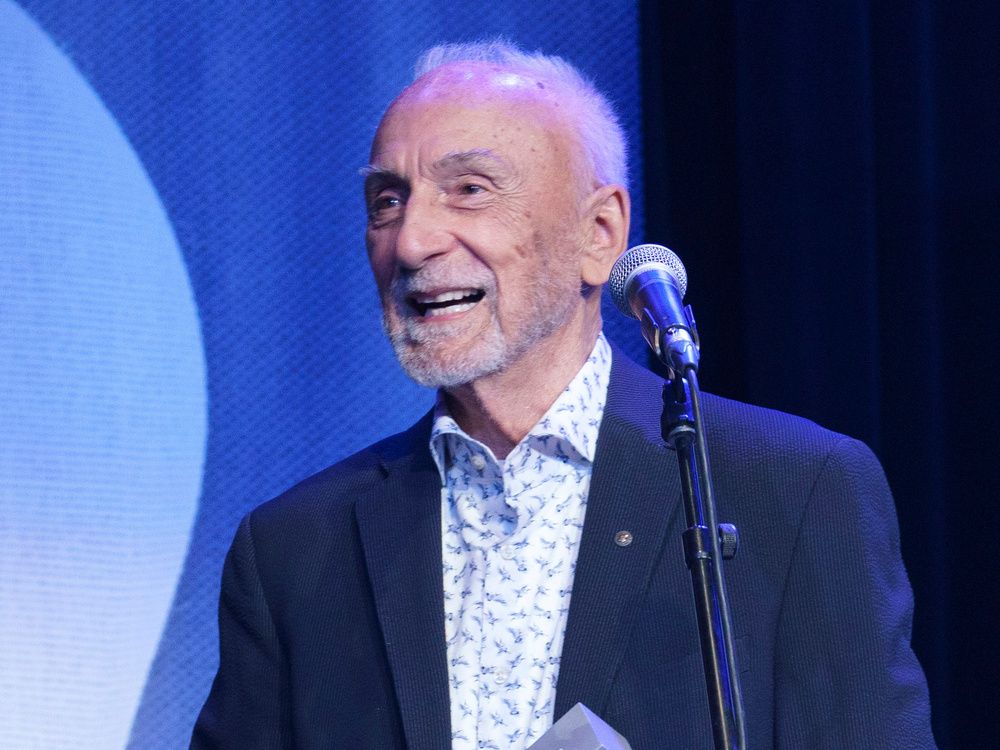 The association wanted to highlight what it called “the immeasurable dedication, uncompromising commitment and boundless generosity” that Deschamps, 87, has shown over the years.

Through the Yvon Deschamps Foundation, he has long supported “the principle of accessibility to sports and cultural leisure for all, perseverance, academic success and the development of social skills, while participating in the fight against poverty. supporting the center’s programs,” the association said in a statement.

” How touching. It’s disturbing,” Deschamps said in his self-deprecating style. “It’s not easy to take, a building that bears your name. You say, ‘Why me? Why did they do this to me? Why didn’t they wait until I was dead?

To eliminate any doubt that he was joking, he continued. “Think about the problems. Mothers will call me: ‘Mr. Deschamps, your center, my little boy came back crying. I can’t sleep anymore. I’m retired. I wanted to live in peace. That’s no way to put your name in big letters in front like that. This is not how I will be at peace.

The ASCCS, created in 1974, has the mission of offering young people in the south-central part of Montreal the opportunity to practice sports and indulge in leisure activities in a safe environment and to offer them an alternative to the streets. The center welcomes disadvantaged young people, with disabilities or facing other difficulties in life.

Deschamps joined the association in 1985 as chair of the fundraising campaign and has remained involved to this day.

“After these years with Yvon, we have a center that is worth 23 million dollars and we no longer owe anyone a penny,” said Gaétan Forcillo, chairman of the association’s board of directors. “A Yvon Deschamps centre, there should be one in each district, that would be great.

Deschamps argued that the center should be called Center Gaétan Forcillo, “because it is Gaétan who is the master builder”. He joked that his name was chosen instead because with an Italian-sounding name people might ask where Forcillo got that $23 million.

The money actually came from a series of benefit concerts organized over the years by Deschamps. Another will take place at the Casino de Montréal on September 19, which will also be available online at comediha.tv. The concert, hosted by Benoît Brière, will bring together artists performing monologues and songs by Deschamps, the proceeds of which will go to the foundation.