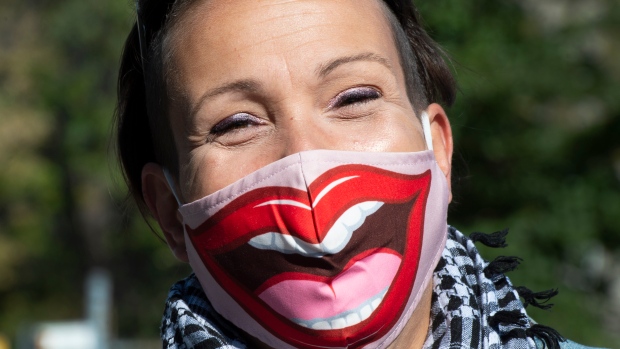 Strike action looms for daycare workers unless a

MONTREAL – Several Quebec daycares will be on strike on October 12 and 13, unless a government offer to renew collective agreements that is more attractive to CSQ union members is tabled by then.

The unionized workers of the Centrale des unions du QuÃ©bec (CSQ) will withdraw during the strike. This would be their first days on strike, as part of a six-day strike mandate.

The rotating strike would affect the greater Montreal region, including Montreal, Laval, LanaudiÃ¨re and MontÃ©rÃ©gie, as well as the Eastern Townships on October 12 and the regions of Quebec, ChaudiÃ¨re-Appalaches and Abitibi on October 13.

However, the exercise of these days of strike will depend on the government offer that the Federation of Early Childhood Educators of the CSQ expects on October 7.

If the government’s offer is interesting enough in his eyes, the strike will not take place, explained FIPEQ president ValÃ©rie Grenon.

“It is certain that if on October 7 we get a favorable response, we will stop everything,” Grenon said. â€œWe will not hit to hit, that’s clear to us. According to the 7, if we have good feedback and we feel that we are able to progress, everything could be stopped. But we still want to announce it to parents for 12 and 13. “

She reported progress at the negotiating table, where her federation was still on Friday.

“There isn’t much left, a lot of things are already settled. One last blitz, and then we can sort it out quickly,” Grenon said.

In front of CSQ union members, members of the Federation of Health and Social Services affiliated with the CSN left work for one day and announced a second and third day of strike on October 14 and 15. These union members have a 10-day strike mandate.

As for those who are unionized with the FTQ, many are currently deciding on a strike mandate.

The first issue in dispute is that of wages.

The FIPEQ also claims a minimum of jobs for those who support educators, such as maintenance workers and specialized educators.

Grenon recalls that there were numerous cuts among this type of staff in 2015 and 2016, and that as a result, the duties of educators have increased. She therefore wants a minimum level of employment to guarantee a certain level of services.

She is also asking for more resources to care for children with special needs.

â€œThere is also a shortage of child care staff. We need to attract new staff and bring back those who have left, â€Grenon said. â€œNow is the time to start the ball rolling. We have the federal money available, with the $ 6 billion over five years. The government therefore has everything in hand to set the bar.

– This report by La Presse Canadienne was first published in French on October 3, 2021.

Quebec daycare workers plan to strike on October 12 and 13