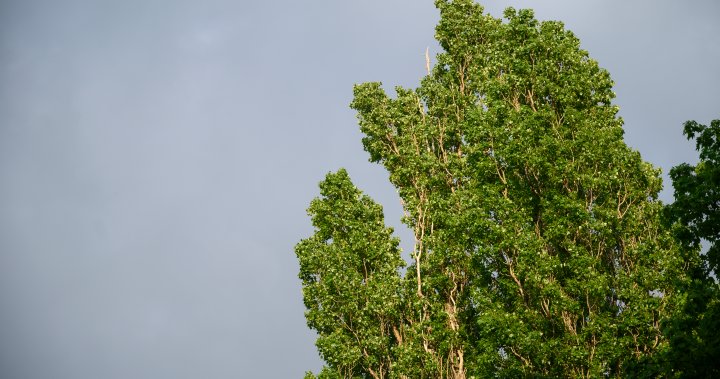 Strong winds blew through Quebec and Ontario on Friday, causing the loss of electricity for more than 215,000 Canadians.

Hydro One, a utility that transmits and distributes electricity across Ontario, told Global News that more than 94,000 customers across the provinces were affected by the storm.

Meanwhile, Hydro-Quebec, mentioned 121,003 customers were experiencing power outages. In Montreal, 39,158 were without electricity.

“The strong winds should calm down at 9 p.m., allowing us to see the damage and plan the rest of the work,” said Hydro-Québec on social networks in French. “Our teams will continue their work overnight.”

The strong winds should have calmed down by 9 p.m., allowing us to take note of the damage and plan the rest of the work. Our teams will continue their work during the night. To understand how recovery works:https://t.co/jiuz2eSfmo

The intense weather comes after a spring storm dumped heavy snow on Manitoba.

Before the severe weather left the province, a total of 29 centimeters of snow fell in Winnipeg over the week, paralyzing roads, stalling small cars, closing schools and keeping most residents indoors.

Saskatchewan communities were also left with a snowy mess to clean up after the historic Prairie storm hit the southeast region of the province.

Weather warnings were issued Friday by the Government of Canada for various parts of Ontario, including Niagara and Kingston.

A Chippawa restaurant called Riverside Tavern posted on social media that it could not open due to ten power poles being blown over, causing a power outage in the community.

In the areas of Ontario surrounding Big Trout Lake, Pickle Lake and Sandy Lake, winter storm warnings have been issued by Environment Canada predicting up to 30 centimeters of snow and wind gusts of up to 70 hm/h.

According to Hydro One, crews have restored power to more than 18,000 customers in northwestern Ontario. The utility noted that heavy snowfall and high winds caused damage to local infrastructure, including downed trees on power lines.

“Crews continue to work tirelessly to restore power to remaining customers in the area,” they said.