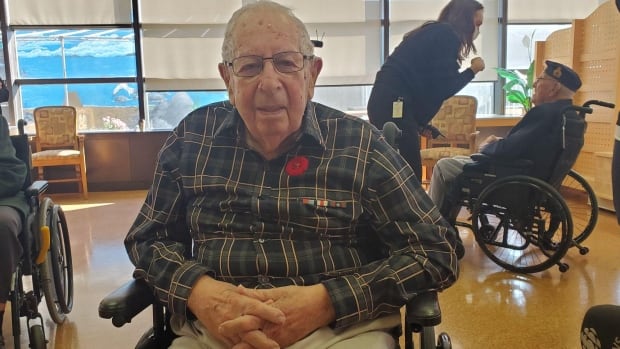 Each year in Ste. Anne’s Hospital, David Barkun pledged to lay a wreath for deceased veterans.

As the poppy celebrates its 100th anniversary as the official symbol of remembrance, Barkun, an Air Force gunsmith during World War II, says his memories of his time on duty linger.

â€œI greeted because the guys who died, they died for me,â€ he said.

“You have memories at night when you are in bed. You have good and bad but you try to live it.”

The annual wreath laying ceremony at Sainte-Anne-de-Bellevue Hospital was filmed in the residents’ cafeteria on Friday and will be broadcast to all units on Monday.

The hospital is home to 75 veterans, including six women, who served primarily in World War II and the Korean War.

From November 4 to 12, hospital veterans will attend Scottish Highland dance performances and bingo. On November 11, they will attend the ceremony from Ottawa.

Only the veterans committee and selected staff have been invited to attend this year’s wreath laying ceremony to facilitate adherence to public health guidelines, said HÃ©lÃ¨ne Bergeron-Gamache, spokesperson for the health agency. west of Montreal.

Isabelle Labrie, on-site manager of the hospital, says she is particularly proud of the staff for having adapted events to pandemic restrictions for two consecutive years.

“It is something important, not only to commemorate the veterans, but for the whole community to remember what they have done for us because they are our heroes,” she said. .