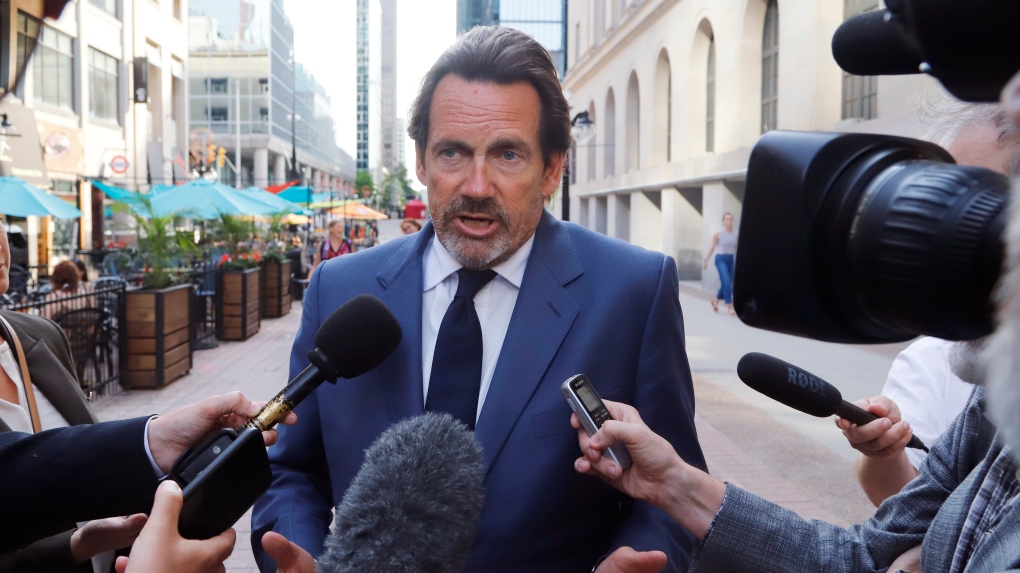 Quebecor CEO Pierre Karl Péladeau said the passing of former Ottawa Senators owner Eugene Melnyk has ended conversations between the team and his company about which Senators could play in Quebec City.

“There have been discussions about the possibility of having few Senators games in Quebec City,” Péladeau said, but after Melynk’s death, Péladeau said he believed it was “not the right time. to consider a conversation of this nature”.

La Presse reported in March that the Quebec government, the NHL, the Ottawa Senators and Quebecor had been in talks to bring Senators games to Quebec City for the 2022-2023 season. Quebecor would have offered the Senators a financial envelope in exchange for five games played at the Videotron Center in Quebec.

Péladeau did not completely close the door to a possible relaunch of talks between the Senators and Quebecor, saying: “We will see in the future if this project is possible or not.

The Péladeau side questioned whether it had an interest in buying the Senators, saying “there is no such news on the purchase or association of Quebecor” with the Senators.

Quebecor has long sought to bring NHL hockey back to Quebec. In 2015, the company submitted a franchise expansion application to bring the Nordiques back after a 22-year hockey hiatus in the provincial capital, but the NHL rejected the offer, choosing Las Vegas and Seattle instead.

Earlier this month, NHL commissioner Gary Bettman said the Senators weren’t for sale. “The franchise is professionally run,” Bettman told reporters. “The club is not on the market. There is no rush. The club is not unstable.”

Melnyk appointed a board of directors made up of longtime associates to oversee the day-to-day operations of the team before his death. The team is currently owned by Melnyk’s two daughters, Anna, 23, and Olivia, 19.

Bettman said it’s “ultimately his two daughters are going to have to decide what they want to do” with the team.

Although Bettman has said the Senators aren’t for sale, that hasn’t stopped others from showing interest in buying the team.

Roger Greenberg, executive chairman of Ottawa real estate company Minto Group, says his family would “will likely participate” in a possible new owner if the Melnyk girls decide to put the team up for sale.


With files from The Canadian Press and CTV’s Michael Woods

Quebec is not Louisiana, experts say as premier is accused of stoking immigration fears