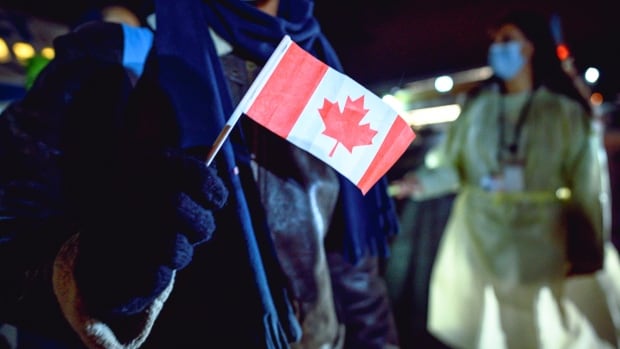 Jeremy Harrison, the provincial minister of immigration and skills training, met with federal and provincial immigration ministers earlier this week to present “a comprehensive proposal” that would give Saskatchewan similar authority over immigration which has already been guaranteed in Quebec.

The province announced Thursday that the agreement would give Saskatchewan “sole authority” to appoint newcomers moving to the province, including control of family class immigration.

The plan includes “a transfer of federal resources for settlement services to the province of Saskatchewan” and a guaranteed provincial allocation of nominees each year that would be proportional to Saskatchewan’s population within Canada.

“Saskatchewan needs more autonomy and flexibility in immigration to meet its economic needs and fill gaps in the labor market,” Harrison said in a news release Friday.

“Canada should focus its efforts on reducing application processing times and let the provinces select immigrants and ensure their effective settlement.”

While Quebec manages economic immigration to the province – a power that other provinces and territories in Canada do not have – the federal government is responsible for family reunification and the admission of refugees, which represent each year nearly half of newcomers to Saskatchewan.

“As far as immigration is concerned, Saskatchewan expects the same agreement as Quebec. Immigration is a key part of our government’s plan to grow the province to 1.4 million people and create 100,000 more jobs by 2030,” Harrison said.

“Provincial governments are best placed to meet local labor market needs with new Canadians. Provinces should not be restricted by economic categories or caps on provincial nominee programs set by the federal government.

Speaking to reporters about health worker shortages, NDP Leader Carla Beck said immigration could be part of the solution.

“They seem to want to emulate Quebec. We want to have very clear criteria. I don’t think it’s something that should be hidden from people in Saskatchewan,” Beck said.

“These criteria should be fair for people looking to move here to Saskatchewan. It’s up to any government to show that our immigration system is fair and free of discrimination.”

The government expects to exceed its current cap of 6,000 under the Saskatchewan Immigrant Nominee Program this year and is seeking a proportionate share of domestic immigration to a “minimum of 13,000 allocated positions.” to the province in 2022”.

The transfer of settlement funding, according to the release, would result in approximately $42 million being transferred to the province each year.

“As Canada’s longest-serving immigration minister, I’ve long argued that devolving these powers made sense from the perspective of the provincial and federal governments – and most importantly – for new immigrants coming to Saskatchewan,” wrote Harrison.

“Simply put, we know our province’s labor needs and markets better than the Government of Canada. By transferring the selection of all immigrants to our province, including family class, the federal government can focus on the outrageous admissions processing times that are causing such problems for hundreds of thousands of potential new Canadians. . »

Hope and disappointment linger in Quebec as Pope’s visit ends