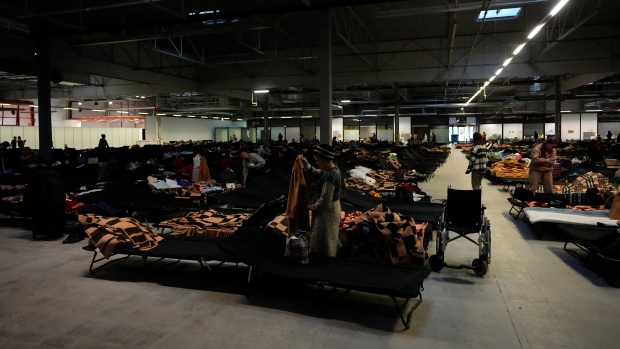 Amid the surge of Ukrainian refugees fleeing war in their home country, Russians are increasingly seeking to escape to Canada, according to a Toronto immigration lawyer.

Lev Abramovich told CTV News Channel on Wednesday that while his company was focusing most of its energy on helping refugees from Ukraine, it had also seen an increase in inquiries from Russians.

“We have seen a significant increase in requests from people who are either in Russia or have already left Russia [and are] somewhere in Canada who are seeking refugee protection, and we have tried to provide advice and information,” he said.

“A lot of it is refugee-related because any opposition to war, any honest reporting, is criminalized.”

Since Russia invaded Ukraine in late February, hundreds of thousands of civilians have been displaced. Canada has accepted more than 9,000 Ukrainians since late January, Immigration, Refugees and Citizenship Minister Sean Fraser said Friday.

It has been reported that Russian citizens have also left their country because of the war, some because of the harsh sanctions imposed on the country, but many because of their opposition to the war and fear of being targeted in it. reason for their opinions.

“The atmosphere in Russia is militarized, it’s oppressive,” Abramovich said.

“People are fleeing either because of their political opinion or because they see no future and no way to really turn the tide.”

It is not easy to leave Russia at the moment, he said, pointing out that many airlines have severed relations.

Most of the inquiries they receive from Russians are actually from people who have already managed to enter Turkey.

“Those who are in Russia have a real barrier to getting out, because basically the regime is introducing exit controls, in some cases,” he said. “So we’ve consulted with people whose phones have been scanned etc. to make sure they’re not actually in the political opposition, so you can actually have practical problems leaving Russia on the basis of that. ‘a sort of final customs check.’

But getting out of Ukraine or Russia is not the only obstacle facing those who hope to escape the conflict by coming to Canada.

Abramovich said one of the challenges facing Ukrainian refugees trying to come to Canada right now is the practicality of providing biometrics.

Biometrics refers to the provision of a photo and your fingerprints as part of certain applications to come to Canada, including visitor visas, work or study permits, and those requesting the status of refugee or asylum.

Once refugees submit an application, they receive a letter telling them how to submit their biometrics.

He explained that many people are queuing in Poland to provide biometrics, some without getting an appointment in advance.

“There is a lot of tension and stress in being able to provide biometrics in a timely manner and ultimately have the security of coming to Canada,” he said.

Despite these hurdles, the asylum process in Canada is going “reasonably well,” Abramovich said.

“A big issue is welfare, housing, etc. and so far there is nothing from the government about it. Of course, many Canadians have offered their homes, offered to hire and house Ukrainians, but there is nothing systemic, and people are worried about that.

Fraser said in an interview on CTV’s Question Period on Sunday that the government is considering ways to get Canadians to help refugees from Ukraine, saying “everything is on the table.”

Do you have Ukrainian and Russian family members? How are you handling the crisis? E-mail [email protected]