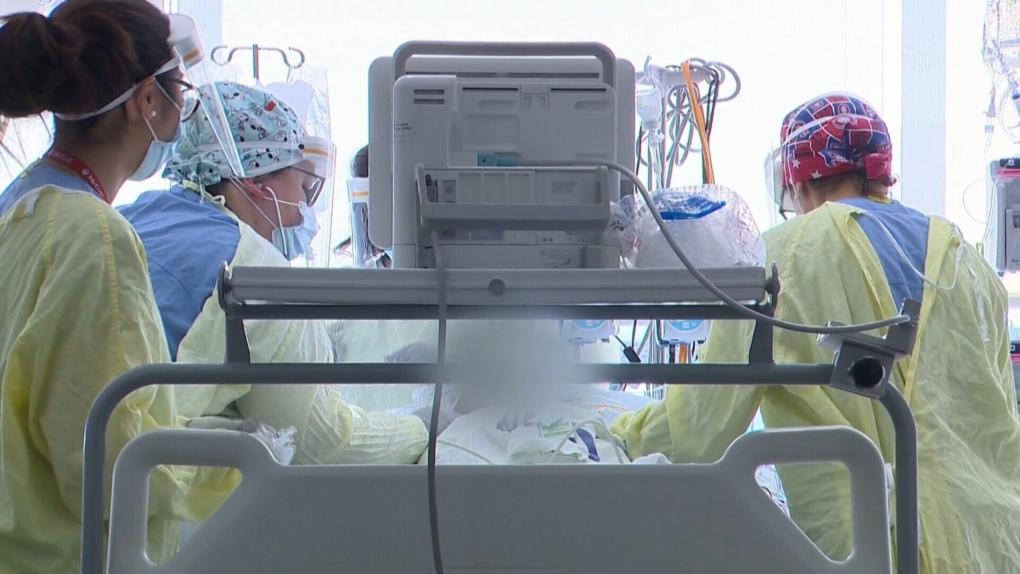 People with symptoms of COVID-19 should stick to 10 days of COVID-19 precautions to protect their community from a ‘worrying’ increase in cases in Quebec, says acting director of public health , Dr. Luc Boileau.

The warning comes as Quebec is going through its sixth pandemic wave. Thousands of cases are being reported every day in the province, despite reduced testing, hospitalizations have increased and several thousand healthcare workers are off work due to the virus.

It is in this context that Boileau appeared at a press conference on Wednesday to remind residents that infected people can be contagious for ten days, even if the symptoms improve.

“The virus is still circulating,” he said, asking those who think they might have COVID-19 to take extra precautions around the elderly and vulnerable, especially as the holidays approach. of Passover and Easter. “These 10 days are extremely important.”

However, even as the province’s top public health official sounded the alarm over rising cases and hospitalizations, Boileau argued the province is unlikely to bring back the kind of measures seen. during the first Omicron wave, like a curfew.

“The comparison between last year and this year is very different,” he said. “(We believe the wave) can be managed without these public health measures,” he said, adding that many more people were vaccinated in the past year.

Meanwhile, increased hospitalizations have already begun to affect health care services in the province, with some appointments being postponed as hospitals grapple with growing COVID-19 occupations.

However, load shedding (also called “load shedding” in French) is not adopted as a general policy at the provincial level, specified Boileau, rather on a case-by-case basis.

FLU SEASON (ON AGAIN) IS UPON US

A delayed flu season creates an additional layer of uncertainty, medical professionals said, because Omicron’s symptoms often present like those of a cold.

“If you have any symptoms, no matter how mild, it could be a sore throat, don’t visit your loved one,” said public health microbiologist Dr Jean Longtin, who was also present. at the press conference.

Many people are expected to catch colds and flu in the coming days as Quebec faces a delayed flu season. It’s unclear why this year’s bug is happening now, rather than earlier in the year, but Longtin said it’s not uncommon to see fluctuations in the timing.

“This one is different.”

With a sharp increase in cases, the National Advisory Committee on Immunization (NACI) now strongly recommends that all adults aged 18 and over receive their third injection.

Among Quebecers aged five and older, 54% have received a third dose of the vaccine so far.

NACI also recommends the booster for adolescents ages 12 to 17 who are at high risk for serious consequences from COVID-19, including those who are immunocompromised, who live with elderly people, or who are part of racialized or racialized communities. marginalized people disproportionately affected by the virus. .

In addition, the Quebec immunization committee (CIQ) recommends that certain vulnerable groups receive a fourth booster dose three months or more after their last dose of a vaccine against COVID-19.


— with files from The Canadian Press