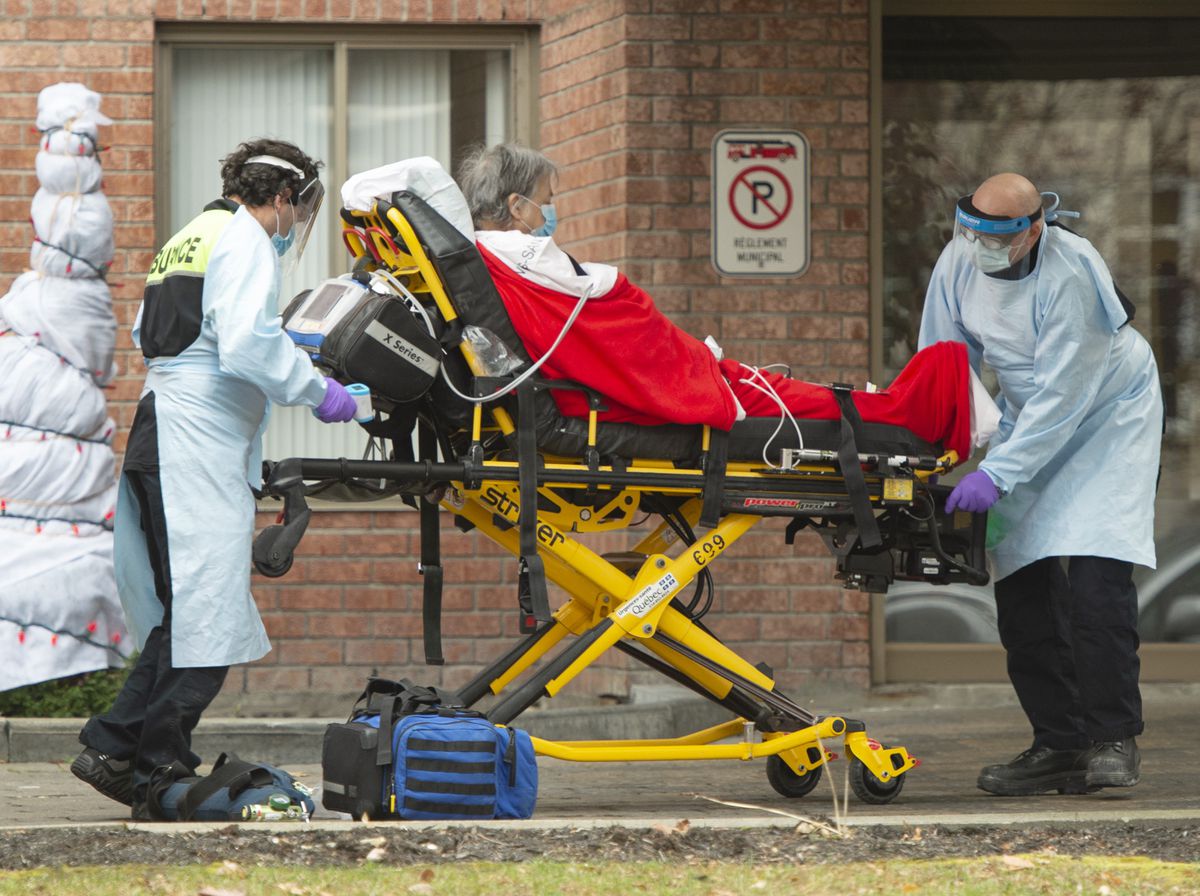 At the start of the pandemic, the public health body advising the Quebec government had to deal with a flood of scientific articles, outdated software, delays in creating a testing program and an erroneous expectation. that hospitals would be affected before homes for the aged, a coroner inquest heard Wednesday.

It was the first time that representatives of the Institut de santÃ© publique du QuÃ©bec, known by the abbreviation INSPQ, appeared before coroner GÃ©hane Kamel. Its public inquiry examines the impact of the first wave of the pandemic on long-term care centers in the province. Over 4,000 elderly residents died during this period.

The testimonies of two doctors from the INSPQ opened a window on the high-pressure challenges facing the institute, which is helping the province to design its response to the pandemic.

Residents of the Herron long-term care center have died of thirst and malnutrition, according to Quebec coroner’s inquest

Canadians have died from COVID-19 in long-term care by the thousands. So why are there so few reports from coroners?

However, many crucial questions about the role of the INSPQ will not be answered until the testimony of two senior doctors: the director general Nicole Damestoy, who is due to appear on the witness stand next week, and the advisor. medical Jasmin Villeneuve, scheduled for November 29. .

The inquest had previously heard testimony suggesting that the government’s strategic decisions – such as prioritizing hospitals over nursing homes, not recognizing asymptomatic transmission and delaying widespread use of masks – were exacerbating the problems. things for the elderly care facilities.

Witnesses had previously told Ms Kamel that the government’s initial handling of the crisis showed a blind spot towards the elderly, with a lack of representation of geriatricians among crisis committees set up to deal with the pandemic.

Jocelyne SauvÃ©, associate vice-president for scientific affairs at the INSPQ, testified on Wednesday that the institute was aware that the elderly were more vulnerable, but expected that this would lead to an increase in hospitalizations.

The institute presented its forecasts to the health directorate on March 9, 2020. “In the most catastrophic scenarios, this would completely overturn the acute care system,” said Dr. SauvÃ©.

Jacques Ramsay, a doctor acting as an expert assessor for the coroner, asked how many people had experience in eldercare among the members of CINQ, the institute’s nosocomial infections committee, which advises the government in infection prevention and control.

â€œThey’re not unaware of what’s going on in long-term careâ€¦ but of course the focus on nosocomial infections has historically been on the short term,â€ replied Dr. SauvÃ©.

She mentioned other obstacles, such as computer systems that needed to be updated, unreliable reports of COVID-19 deaths and delays in testing. A test procedure was ready on January 23, but initially could only process 50 samples per day. Until March 11, the results were to be verified by the National Microbiology Laboratory in Winnipeg. â€œWe struggled to get real-time data. “

Chantal Sauvageau, doctor at the INSPQ, testified that in February, five scientific articles raised the possibility that the new coronavirus could be transmitted before a carrier shows symptoms.

However, both Dr Sauvageau and Dr SauvÃ© stated that the INSPQ did not have enough evidence at this stage to accept the possibility of asymptomatic transmission.

â€œLooking back, it’s a bit easy to say that an article was published in a journal in a certain context. Thousands of items have been produced, â€said Dr SauvÃ©.

She added that “in a mass of papers, a piece of paper is never, or rarely, the impetus to intervene”. Articles can then be retracted or refuted, she said, especially during the pandemic, when research was often made public before peer review.

Patrick Martin-MÃ©nard, lawyer representing the families of six residents of a deceased nursing home, and Maxime Dupuis, lawyer for the FIQ health workers’ union, affirmed that the institute had not respected the principle of precaution consisting in applying the maximum of precautions rather than waiting for definitive proof that there was a risk.

Nursing home staff were initially told they could not wear masks unless they were near a resident who was showing symptoms. It was not until April 3, 2020 that the directive was amended to require the wearing of the mask within two meters of a resident, even without symptoms.

These rules were based on the belief, held at the time, that the virus could be emitted in respiratory particles through larger droplets rather than smaller aerosols suspended in the air, said Dr. Sauvageau. in its presentation before the survey.

Nevertheless. Mr. Dupuis presented an opinion from the INSPQ of March 18, 2020, which mentioned the possibility that the virus could be transported by particles of different sizes, in a “continuum” ranging from the mist-type aerosol to the largest droplets. .

Dr. Sauvageau argued that while there could be symptomless or aerosolized transmissions, in practice people fell ill more often after prolonged exposure in close contact.

Subscribe to Coronavirus Update Bulletin to read the day’s essential coronavirus news, reports and explanations written by journalists and editors at The Globe.

The future of the brands Unica, L’Unique, La Capitale and SSQ