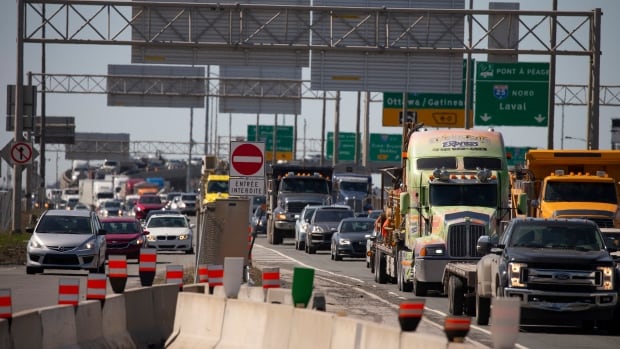 When it comes to the fight against climate change, the province of Quebec is stumbling.

This week, the government of the Coalition AvÃ©nir QuÃ©bec confirmed greenhouse gas emissions in the province increased by 1.5% in 2019, the last year for which figures are available, moving Quebec away from the objectives of the Paris Agreement.

By announcing the setback, the Quebec Minister of the Environment, Benoit Charette, sought to blame the policies of those in power before his government came to power in 2018, blaming in particular the new McInnis cement plant in GaspÃ©sie, in the is from Quebec.

He also recognized the enormity of the task at hand.

â€œWe have to tell the truth,â€ Charette said at a press conference Wednesday. â€œThe challenge is enormous.

But environmentalists and experts say the province, which is rich in hydroelectric power, has not done enough to reduce emissions, especially those produced by cars and trucks.

“Transportation is really the key sector where we could do better, we should do better,” said Pierre-Olivier Pineau, president of the Chair in Energy Sector Management at HEC Montreal Business School.

â€œThe reason why emissions are increasing in Quebec and across Canada is really because people love their SUVs and they buy more cars. So not only do we have bigger cars, but we have more of them. In fact, it is growing faster than the population. , so people are buying more and more cars. “

The federal government released its own figures in April, showing that Canada’s overall emissions had increased by 0.2 percent in 2019.

The CAQ climate plan, released last year, aims to encourage more people to use electric cars and to supply more industrial production with hydropower. The government has announced that it will ban new gasoline vehicles in 2035.

These changes will help, Pineau said, but a more ambitious combination of transit investments and regulatory changes is needed.

Transportation, including personal vehicles and freight, accounted for 43% of Quebec’s emissions in 2019. (Industrial emitters, in comparison, represented 29%.)

â€œIn addition to these good initiatives, they should make sure that they don’t expand the area where people live. Andâ€¦ because urban sprawl is a problem, we need to identify the areas where people live,â€ said Pineau.

The McInnis cement plant, which began production in 2017 and was financed largely by taxpayer dollars, is the largest industrial emitter of greenhouse gases in Quebec.

Previous Liberal and PQ governments supported the project. The CAQ did not, which Charette was quick to point out during her press conference on Wednesday.

Patrick Bonin, a climate and energy activist at Greenpeace Canada, said he was not impressed that the CAQ is pointing fingers at former decision makers. The current government has shown a lack of leadership on climate change, he said.

â€œWhat we have here is a government hiding behind previous governments,â€ Bonin said. â€œThe Legault government has been there for three years and it has no credible plan.

The current plan would only get Quebec halfway towards its 2030 emissions target, Bonin said, and the CAQ’s desire to build more roads – like the proposed $ 7 billion tunnel connecting Quebec. to its south shore – will undermine these efforts.

â€œThey are not working to stop urban sprawl,â€ he said. “This is the silliest project you can imagine.”

In a press release, Ã‰quiterre, a Quebec environmental organization, called the increase in greenhouse gas emissions in 2019 a “monumental failure” “

“It is clear that governments come and go but the results remain the same,” the group said.

On Wednesday, Charette touted the CAQ’s plan on climate change as being more robust than previous governments.

The environment minister said the province was working on several measures that would bring it closer to its 2030 target, including tabling a bill that would end the exploitation of fossil fuels in Quebec.

But there will be challenges, Charette said, including his expectation that the McInnis cement plant plan will emit even more greenhouse gases in the years to come.

In a statement, the company told CBC News it is committed to operating in a sustainable manner and is considering alternative carbon fuels and cement to pollute less.

At the end of the day, the province is running out of time.

â€œWe have eight years, basically, to close a gap of almost 35 percent,â€ Charette said. “So this is major.”

Coronavirus: What’s Happening in Canada and Around the World on Saturday