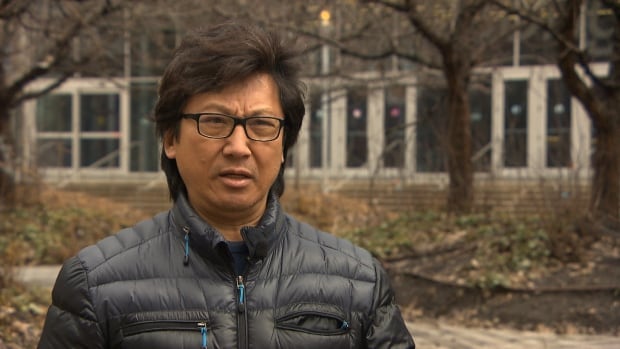 This story contains an image and descriptions of offensive stereotypes.

Excerpts from worksheets illustrating racist stereotypes about Asians that have been used in Quebec government-funded French classes are sparking outrage, after images of the material leaked online.

The two different sheets were used in francization courses at the International French School from the University of Quebec at Trois-Rivières (UQTR) and the Center Louis-Jolliet, an adult learning center in Quebec. One includes text with an offensive stereotype of Chinese food, while the other features a caricature of an Asian person.

The grammar sheet sent to students at the Louis-Jolliet Center shows a caricature of an Asian man in traditional dress, with the description: “He has small eyes”.

According to a press release from Capital School Service Centerneither the school nor the service center produced the worksheet.

“In this case, we understand that it was the initiative of a teacher,” said Vanessa Déziel, spokesperson for the service center, in an email.

Although teachers are allowed to choose their own teaching materials, the service center said the cartoon appeared to be from a few years ago and “susceptible to interpretation”.

“We make sure to educate our teachers at the Center Louis-Jolliet to ensure that their tools are neutral,” the statement said.

The UQTR worksheet shows the text of a conversation between two characters, one of which criticizes food from various cultures. When asked if he likes Chinese food, the character replies, “Are you kidding me? I don’t eat cats.”

CBC has not seen the full worksheet, but confirmed it was available online for students until very recently.

In a statement, the university said the sheet was taken out of context, as it was intended to portray a character profoundly unaware of the culinary habits of various cultures.

“Obviously, a line of a caricature in a narrative text does not reflect the values ​​of the teacher… or of the university,” UQTR spokesperson Jean-François Hinse said in an email.

“We apologize for any inconvenience this post may have caused.”

The statement said that in light of comments the university received about the worksheet, the instructor removed it from a website where it was available to students.

Chef Steven Wong, owner of Wong’s restaurant in Quebec City, says the offensive stereotype mentioned in the worksheet is not trivial and should not be normalized.

“Today we still get calls at our restaurant from people asking jokingly or seriously if we serve a cat or a dog,” Wong said.

Serena Zhang, president of the Chinese Young Professionals Association, said governments and schools need to do a better job of “educating people with the right messages”.

“These changes will not be instantaneous…because education is a long-term process,” Zhang said in an email. “However, we are confident that our company will move in the right direction.”

Zhang pointed out that Asian Heritage Month in May is a good opportunity to “recognize and appreciate” the contributions of the Asian community.

Jimmy Chan, meanwhile, is asking the province to create a program to educate people about the different cultures of Quebec.

“We don’t need racism to continue for generations to come,” he said.