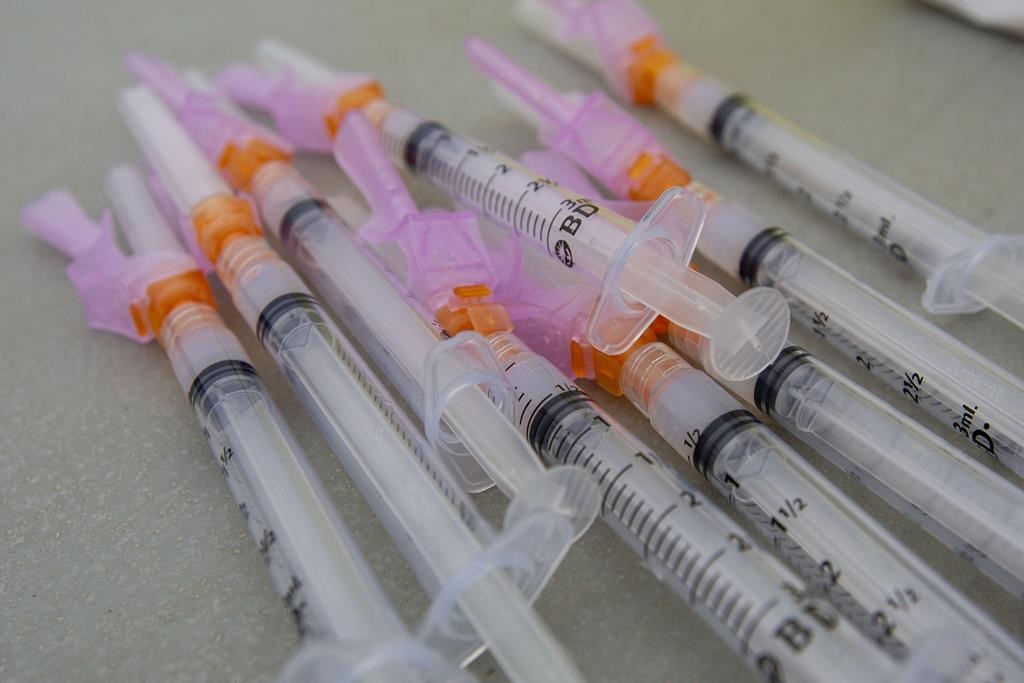 The Granby Zoo, east of Montreal, says it hopes in the coming weeks or months to vaccinate against COVID-19 around 90 animals, including gorillas, felines and other creatures deemed susceptible to the disease. The vaccines are in the United States pending authorization for Canada.

“Hopefully we can start at least a few species by Christmas. My fingers are crossed for that,” Zoo veterinarian Emilie Couture said in a recent interview.

Our award-winning journalists bring you the news that touches you, Canada and the world. Don’t miss out.

She said the zoo plans to vaccinate species that appear to be most vulnerable to COVID-19. Primates and big cats such as tigers, jaguars and leopards top the list, she said, adding that the zoo also included other mammals such as red pandas.

There has been a “worrying” increase in the number of COVID-19 cases in North American zoos, especially among big cats such as lions and leopards, Couture said. Last week, three snow leopards died at Lincoln Children’s Zoo in Nebraska from complications from COVID-19 – an event she said shocked the North American zoo community.

â€œUnlike the first reports of illness at the start of the pandemic with the big cats, where they seem to show some respiratory signs but eventually recover without significant illness, there are actually more serious illnesses leading to death, although the institutions hosting and caring for these animals already had biosecurity measures in place, â€Couture said.

Many scientists believe that, like in humans, the most contagious Delta variant is causing the increase in cases and serious illnesses, she added.

What people are reading

The vaccines are manufactured by the US veterinary pharmaceutical company Zoetis, which began offering them to US zoos this summer. The company has offered to donate approximately 900 doses – enough for 450 animals – to six Canadian zoos. In a statement, Zoetis said its vaccines were specifically developed and formulated for animals and that, like those intended for humans, they are intended to be given in two doses, several weeks apart.

The next step is to get vaccines across the border, which could still take weeks or months. Because the vaccine is not commercially available, Zoetis said it is seeking approval for experimental use from the Canadian Center for Veterinary Biologics and the US Department of Agriculture.

Couture said none of the animals at the Granby Zoo developed symptoms of COVID-19 that would require testing. Nonetheless, she said the zoo had taken steps throughout the pandemic to protect animals, including increased cleaning, ending behind-the-scenes tours, reducing hands-on interactions and requiring handlers to keep themselves clean. wash hands and wear masks.

The Quebec Zoo hopes to vaccinate wild animals against COVID-19 in the coming weeks. # COVID-19[FEMALE[FEMININE

Couture said humans appeared to pose the greatest threat to animals when it came to the spread of COVID-19. So far, there is no direct evidence of zoo animals infecting their owners, she said.

â€œThe only source of infection for (the animals) would be if an asymptomatic human would take care of them,â€ she said.

The Toronto and Calgary zoos have both said they will also vaccinate their animals once a vaccine becomes available. Toronto added that about 140 of its animals would be eligible, including primates, big cats and pigs.

Both, like Granby, are waiting for the Zoetis vaccine because no Canadian company offers a vaccine designed for animals.

This report by The Canadian Press was first published on November 20, 2021.