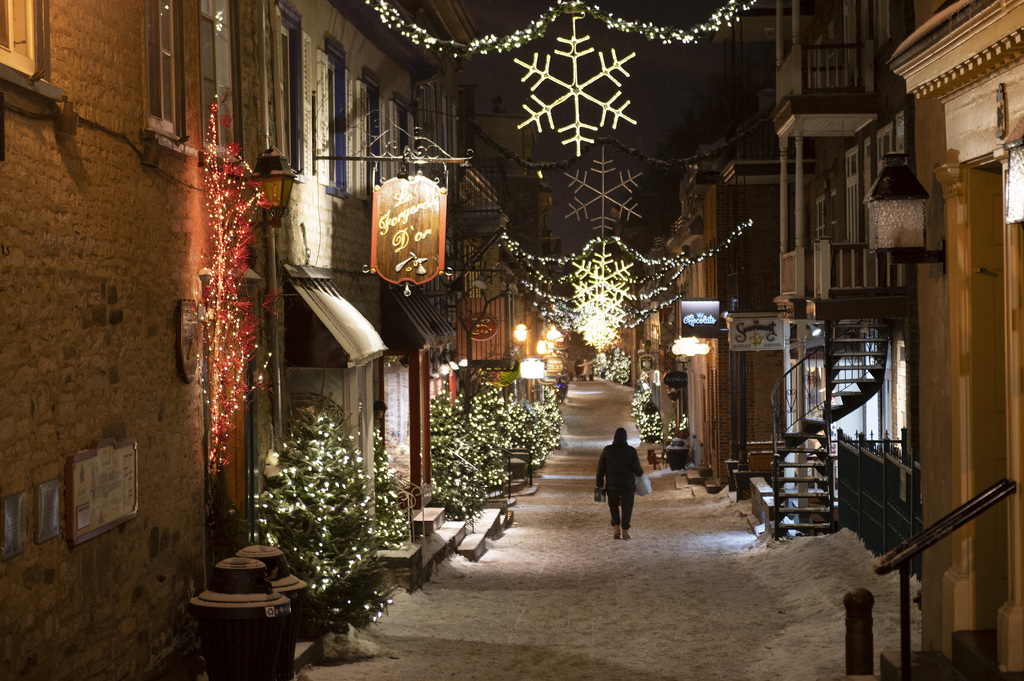 The Canadian province of Quebec announced on Tuesday that residents who refused a Covid-19 vaccine will soon have to pay a fine.

The fines will be a way for the unvaccinated to contribute to an overburdened public health system, authorities said.

“At the moment, these people, they are placing a very significant burden on our health network, and I think it is normal for the majority of the population to demand that there be a consequence”, declared the Prime Minister from Quebec François Legault at a press conference Tuesday.

“It is also a question of fairness for the 90% of the population who have made sacrifices – and I think we owe them this kind of measure,” he added.

The fine would not apply to people on medical waivers, and no details were announced. However, Legault said the amount to be collected would be “significant”.

Nearly 90% of eligible Quebecers have received at least one dose of a vaccine against Covid-19, according to the government of Quebec.

Public health officials say the vast majority of patients in Quebec hospitals are still not vaccinated. Authorities have not specified how many hospitalized Covid patients are not vaccinated.

Last week, Quebec announced that residents would need to get vaccinated to buy alcohol or cannabis. Quebec Health Minister Christian Dubé said in a tweet that after the announcement, nominations for vaccines increased.

“In a few days, the appointments for the 1st dose went from 1.5K per day to over 6K yesterday. Thank you to everyone who decided to get vaccinated. It is not too late to get your 1st dose. Protect yourself, ”Dubé said.

Quebec, where nearly a quarter of all Canadians live, was one of the first provinces in Canada to introduce a vaccination passport. Proof of vaccination is required to eat out, go to the gym or attend sporting events.

And last month, a nighttime curfew was imposed a second time to curb the spread of the virus.

Quebec is not the first to take such measures to encourage people to be vaccinated.

Last week, Italy made vaccination against Covid-19 compulsory for people aged 50 and over.

The new decree on vaccines for 50 years and over removes the possibility of taking a test instead of being vaccinated. Those who refuse to be vaccinated face a fine of 600 to 1,500 euros (about 680 to 1,700 dollars), a government source told CNN on Thursday.

After five days, they will lose their salary but will not be fired from their position. That means they can get paid again if they get the shot, the source said.

For unvaccinated people who are 50 and over and who are unemployed or retired, there will be a fine of 100 euros, the source said.

Two days after the government announced the new measure, Italy recorded a threefold increase in the daily vaccines administered to people aged 50 and over, Vaccination Campaign Commissioner Francesco Paolo Figliuolo said on Saturday.

Austria has also announced plans to make vaccination compulsory for those over 14 from next month. And those over 60 in Greece will also have to be vaccinated from January 16.