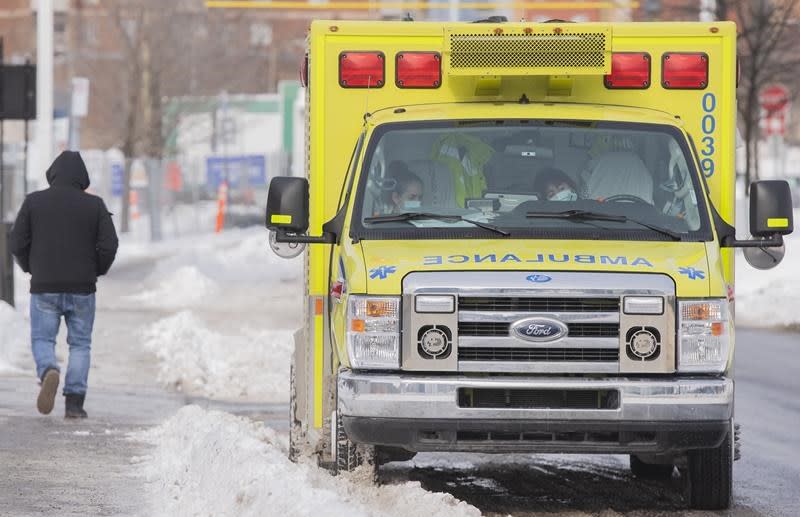 Quebec weighs suspension of vaccine passport until next wave of COVID-19: Minister of Health

MONTREAL — Health Minister Christian Dubé said Friday that the vaccine passport system may be put on hold and not restarted until the next wave of COVID-19, if necessary.

Asked by opposition health critics during a Legislative Assembly hearing, Dubé suggested the passport could be scrapped in the coming weeks.

“When I said that the vaccine passport was here to stay, will public health recommend that we, hopefully in a few weeks, suspend it because it is better?” Dubé spoke about the COVID-19 situation in the province. “Could we restore it if we were ever caught by another wave? That’s what you have to think about.”

Quebec was the first province to introduce a vaccine passport on September 1, 2021. The government requires people to show proof of vaccination to access a long list of non-essential activities and businesses, including places of entertainment and shows, gymnasiums, bars, places of worship and restaurants.

In January, authorities extended it to government-run liquor and cannabis stores and big-box stores larger than 1,500 square meters.

During an update on the province’s COVID-19 situation earlier this week, Dubé said the vaccine passport would remain in place until mid-March, when the province intends to remove the vaccine passport. most of the restrictions introduced during the fifth wave of the pandemic. But he added that it would be a necessary tool in the event of a new wave.

Dubé said Quebecers have demonstrated that they are OK with the vaccine passport, which has given them a chance to live normally during previous waves of COVID-19.

“I know we were able to develop it very quickly,” he said of the vaccine passport system. “But I think we’ll have those discussions in the future – can we restore those tools if we need them?”

Earlier Friday, Quebec reported 39 more deaths attributed to COVID-19 and 98 fewer patients hospitalized. The Health Ministry said 2,214 people were hospitalized with the disease, after 151 patients were admitted in the past 24 hours and 249 discharged. He said 164 patients were listed in intensive care, down from nine.

Authorities said 30,651 doses of the COVID-19 vaccine were administered Thursday, including more than 20,000 booster doses.

This report from The Canadian Press was first published on February 11, 2022.