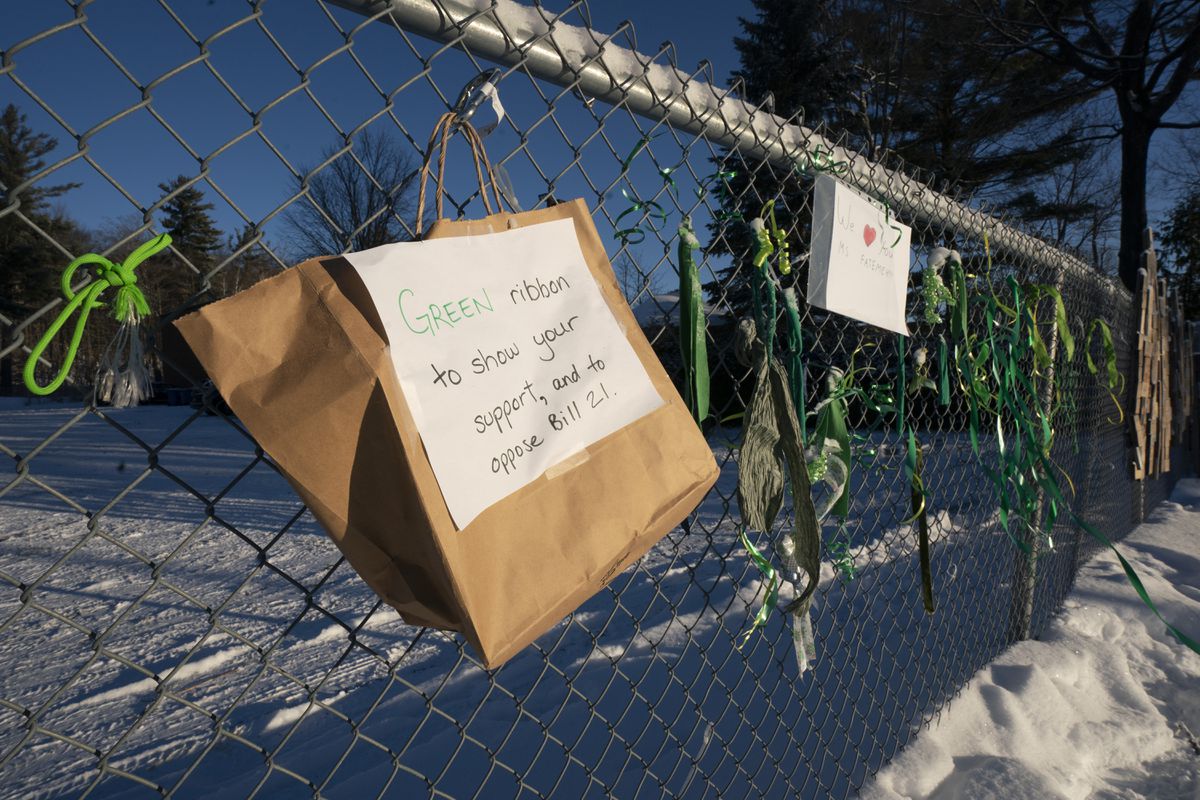 Quebec teacher withdrawn from class because she wears a hijab

A teacher in Chelsea, Que. Was removed from her grade 3 class because the hijab she wears violates provincial state secularism law, sparking an outcry among local families and a range of politicians Canadians who denounced the legislation as “discriminatory”. “

Fatemeh Anvari had been teaching language arts at Chelsea Primary School since the end of October. She was reassigned to another role focused on literacy and inclusion in early December when the Western Quebec School Board learned that her class attendance violated provincial law, said interim president Wayne Daly.

Quebec’s Bill 21 has been in force since June 2019. It prohibits a range of officials exercising authority, including teachers, from wearing visible religious symbols.

Although Ms Anvari has become a focal point in a long-standing debate about religion in the public sphere in Quebec, she said she was encouraged by the response from community members and wants to take this moment to raise awareness. the need to express oneself in the workplace.

â€œI was sad, but at the same time, I find it empowering to get so much support,â€ she said in an interview. â€œIt’s not so much about me. It’s a human question.

The 27-year-old has been wearing the hijab since she was young. She previously taught English in Iran and began substitute teaching at the Western Quebec School Board in March. She believed Bill 21 did not apply to English schools, and no one raised any legal issues with her until recently, she said.

In her new role within the school, she will continue to interact with students, telling them about the value of diversity and inclusion. She thinks this is a testament to the support of the board that offered her the job.

“I think the board is taking this initiative to educate the public,” she said.

Parents and students protested the decision to remove Ms Anvari by tying green ribbons to a fence outside the school. Nicole Redvers said her eight-year-old daughter was deeply upset when she learned she would lose a teacher she loved.

It is still unclear how Ms Anvari was hired with the secularism law in place. Mr Daly said “maybe it was an oversight”.

In April, the English Montreal School Board (EMSB) obtained a court ruling exempting it from Bill 21 because the law violated the rights of the English-speaking community. But the provincial government appealed and the restrictions remained in place. In November, the EMSB was denied a suspension of law enforcement while the appeal is pending.

Federal parties have generally been cautious about denouncing the law, which is popular in Quebec, but Ms. Anvari’s impeachment has sparked outrage from across the political spectrum. In a statement, the Prime Minister’s office said that “no one in Canada should ever lose their job because of what they wear or because of their religious beliefs”, adding that “Quebecers defend their rights in court”.

Conservative leader Erin O’Toole offered a more moderate response, calling it “a question best left to Quebecers to decide.” But a member of his caucus, Ontario MP Kyle Seeback, attacked justice on Twitter.

“I can no longer, in good conscience, remain silent about this,” he wrote. “It is an absolute disgrace. It is time for politicians to stand up for what is right.

The Western Quebec School Board, which serves English speakers and opposes Bill 21, said it had no choice but to comply with the law when it realized Ms Anvari was teaching in a hijab.

â€œIt was the right decision under Law 21, we cannot have this teacher in our school board if he does not comply with Law 21,â€ said Mr. Daly. “She had decided that she would not comply with Bill 21, and failure to comply warrants the termination of a contract.”

The acting president added that Bill 21 harms the school board by denying it teachers during a labor shortage, and that the need to enforce the law has left the community “outraged”.

In Quebec City, several politicians have blamed Ms. Anvari herself for the situation. Parti QuÃ©bÃ©cois secularist critic Pascal BÃ©rubÃ© said she “tried to make a statement while wearing a hijab.”

Bill 16 has been tabled