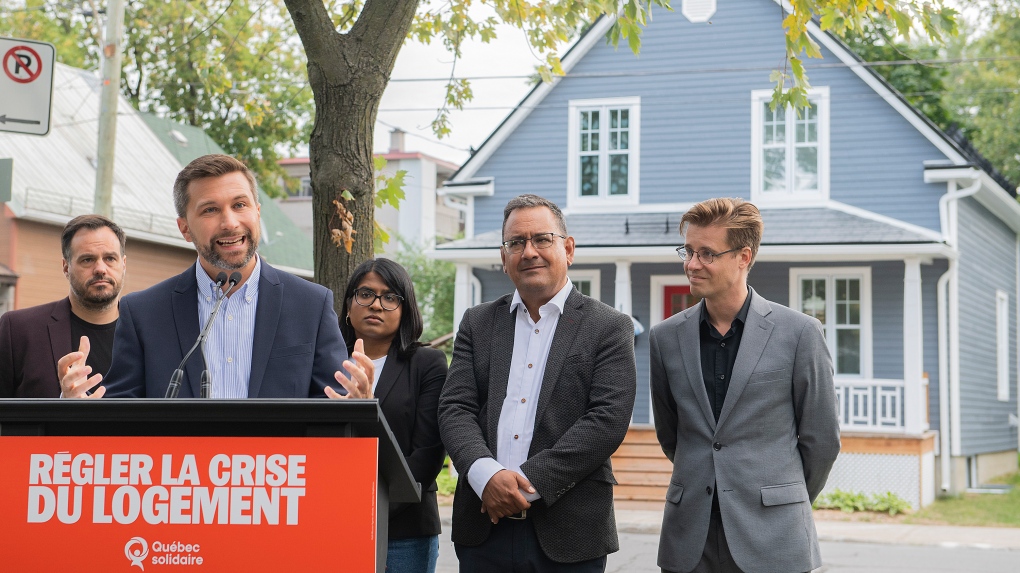 Québec solidaire (QS) wants the Government of Québec to buy 10,000 affordable houses and condos to “sell them 25% cheaper” on average during a first mandate.

A QS government would create a $1 billion “anti-speculation fund” administered by the Société d’habitation du Québec. This fund would be responsible for buying properties, renovating them and reselling them “at affordable prices”.

On Monday, QS parliamentary leader Gabriel Nadeau-Dubois compared the solidarity proposal to a real estate flip, but which would be done with the aim of making housing more affordable.

“Imagine if it worked backwards,” he said at a press conference in a Longueuil park. “Imagine if we bought homes and put them back on the market at affordable prices for the middle class.”

Effectively, the fund would retain ownership of the land while the residents would own the house. By separating the residence from the land, the purchase price would be on average 25% lower depending on the value of the land compared to the price of the property. The profit from the sale would be fixed in advance.

The model is inspired by the community land trust model that emerged in the United States in the 1970s. It developed primarily in the Northeastern United States, including Burlington, Vermont.

Questioned several times, Ms. Nadeau-Dubois avoided saying whether a lottery system should be used to determine which first buyers would have access to government assistance. He said local organizations would determine eligibility criteria.

The proposal comes at a time when home ownership has become a concern for many young people. The Association of Construction and Housing Professionals of Quebec (APCHQ) estimates that there is a shortage of 100,000 housing units in Quebec.

“Since 1990, in Quebec, the price of houses has increased six times faster than salaries worldwide,” said Nadeau-Dubois. “This cannot go on.”

If 10,000 housing units are not enough to make up for the shortfall, the Nadeau-Dubois pointed out that Québec solidaire has other housing proposals that would allow the construction of 55,000 social housing units.

Nadeau-Dubois doesn’t believe the proposal would create a class of privileged citizens while other first-time buyers would be left behind.

“I don’t think so,” he said. “The fact that we’re protecting 10,000 properties from speculation, that generally calms the speculative dynamic.”


This report was first published in French on September 5, 2022.