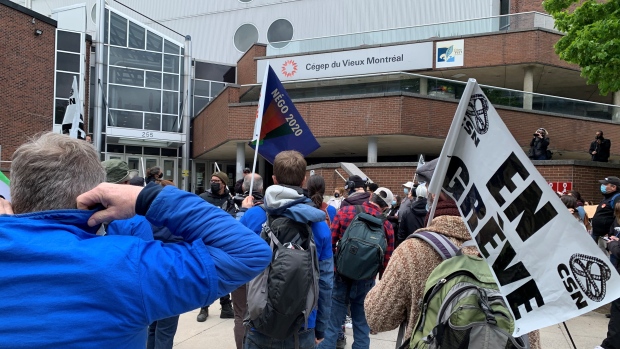 MONTREAL – A proposal for a comprehensive settlement that would affect 125,000 staff in schools, CEGEPs and health establishments in Quebec has been reached between the union and the Treasury Board.

The draft regulation concerns, among other things, compensation and retirement plans, the Centrale des Syndicats du QuÃ©bec announced in a press release on Wednesday.

“The General Negotiating Council confirms that significant progress has been made at various negotiating tables justifying submitting the proposal to its members for approval,” they said.

They noted that the government had honored the demand for a general wage increase of six percent over three years and had paid particular attention to improving the wages of lower-ranking employees.

The draft agreement is expected to be submitted to members at general meetings by the end of September.

In recent weeks, agreements in principle have been reached on the working conditions of teachers, education professionals, school support staff and others.

But the Centrale des unions de QuÃ©bec had not concluded an agreement in principle on the renewal of collective agreements with QuÃ©bec, unlike the FTQ and the CSN.

The President of the Treasury Board, Sonia Lebel, called the agreement a winner for the members while “respecting the financial capacity” of the government.

“We are once again demonstrating that we are respecting our commitments, not only to the employees covered by the agreement, but to all Quebecers,” she said in a statement.

This report by La Presse Canadienne was first published in French on June 30, 2021.