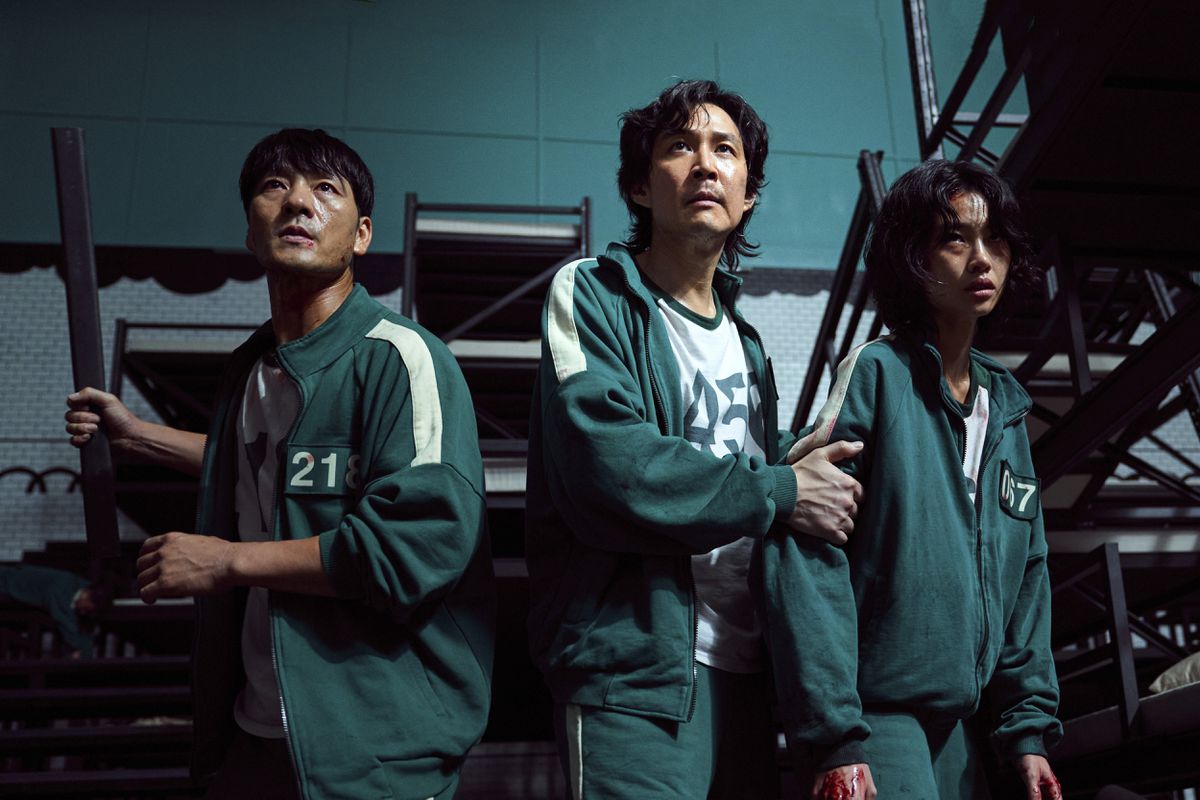 The massive popularity of the Netflix series “Squid Game,” which features adults playing deadly children’s games, has raised concerns among parents and school boards across Quebec that violence is being imitated in school playgrounds. .

He said the show was “absolutely unsuitable” for young children, but a girl from school played the role of a doll that determines which characters die. “And she was reproducing it, replicating when they were shot, lying face down on the ground,” he said.

Several school boards across the province recently issued statements warning parents about students imitating games on playgrounds. The South Korean series features 456 desperate and indebted adults fighting to the death for a chance to win a prize worth around $ 48 million.

Sylvain Racette, director general of the Riverside School Board in the Montreal suburb of Longueuil, said the board sent a notice to parents on Monday because it wanted them to understand how disturbing the “Squid Game” can be. Racette said he was concerned about reports from other schools that had seen children emulate the show.

In the first episode, tournament participants play a twisted version of the â€œRed Light, Green Lightâ€ children’s game in which those caught moving during the red light by the doll character are shot.

The show is intended for adult audiences only, and schools from Australia to the UK have reportedly asked parents to ensure their children do not watch it following reports of “Squid Game” during the broadcast. break.

â€œWe wanted to make sure our whole community knew what this show was about,â€ Racette said. â€œAnd that they take the time, like I did with my two boys, nine and 13 – I sat down with them to talk about it. It is important that we all do this.

The Riverside School Board statement said that “the violent script fosters a sense of confusion among young audiences and heightens the impact of shocking images or, worse, normalizes or desensitizes acts of violence.”

Montreal psychologist Nadia Gagnier said that for young children, parents provide the most influence and advice. She said that preventing children from watching â€œSquid Gameâ€ was not enough; parents should discuss the phenomenon as a way to reassure their children and build confidence.

â€œEveryone’s talking about it, so pretending nothing’s going on, I don’t think that’s the best approach,â€ said Gagnier.

Taillon-ChrÃ©tien said he was surprised to hear his daughter talk about the show, since he and his wife had watched it late at night to prevent their children from seeing her.

He said his daughter struggled to open up at first, but once she did, she was emotionally disturbed by what was going on at school. â€œIt made my blood boil. It’s really not a show for kids, â€he said. “I know it’s fiction, but it’s so violent.”

â€œWe cannot be dramatic and say that they are all future psychopaths,â€ she said. â€œYes, these images can be impressive for young people, which can generate nightmares and anxiety. But these are symptoms that are more likely to occur in very young children. “

What parents need to watch out for, Gagnier said, is for children who are already prone to aggressive behavior and violence, then “the show will add another layer.”

For Rose DeschÃªnes, a teacher in an elementary school in Ste-Julienne, in the LanaudiÃ¨re region of Quebec, it was already difficult to teach children to make the right choices when it comes to violence and video games.

â€œIt’s the last straw that broke the camel’s back,â€ DeschÃªnes said. She said she noticed young children imitating the play shows on the playground. She said that the themes from “Squid Game” also appeared in the student artwork, so she decided to look at them.

â€œIt’s sadly impressive how similar it is,â€ DeschÃªnes said. However, she admitted that “Squid Game” is not the first and will not be the last violent phenomenon to fascinate children.

Gagnier said that when it comes to violence on the show, such as problems caused by social media, having honest conversations is more beneficial than repression.

â€œBut of course all parents who allow their children under the age of 18 to watch ‘Squid Game’ are asking for more problems and making their own parenting more difficult,â€ she said.

This content appears as supplied to The Globe by the original wire service. It was not edited by Globe staff.