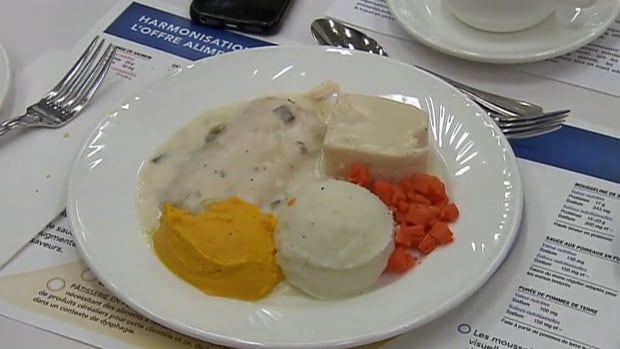 Mary Dunlop says if she didn’t prepare and bring most meals, her mother – who lives in a long-term care home in West Montreal – would be stuck eating only the bland and mashed potatoes that the residence serves, day after day.

“Sometimes it’s good,” Dunlop said. “Sometimes you wouldn’t want to give it to your pet.”

The Quebec government said it has heard complaints from caregivers like Dunlop and residents of the province’s long-term care homes, known by the network’s French acronym, CHSLDs.

Health Minister Christian Dubé announced Friday that the government will spend $100 million over five years to improve the quality of meals, taking into account the nutritional needs, tastes and history of residents.

“Our seniors deserve to be treated with dignity and to have quality meals in CHSLDs,” he said on Twitter.

At least half of this money will be used to hire more people, develop new recipes and new menus, including appetizers and foods with textures adapted to the needs of seniors. The rest will be spent on buying food and new equipment to improve meal times.

“I think it’s essential, that we’ve been waiting for a long time,” said Ruth Pelletier, founder of an advocacy group for English-speaking seniors, Seniors Action Quebec.

But while she likes the idea, Pelleter said she worries the cost of overhauling food services in long-term care homes will eclipse the $100 million budget, forcing CHSLDs to cut other services to compensate for the loss.

The Ministry of Health joins forces with the hotel and catering training institute, I‘Institute of tourism and hospitality in Quebecto oversee the whole process.

The institute redesigned menus for seniors’ residences when the previous Liberal government launched a similar initiative that was ultimately scrapped. This time, the Coalition Avenir Québec government, which sharply criticized the quality of food in CHSLDs when the CAQ was in opposition, is spending a thousand times more money on their initiative.

The director of the institute, former Liberal MP and MP Liza Frulla, said she believes it is possible to make changes and stay within budget. It’s about reviewing and improving the process, she says.

“It costs the same price to do evil as to do good,” she said.

The improved catering service should be operational by the fall.