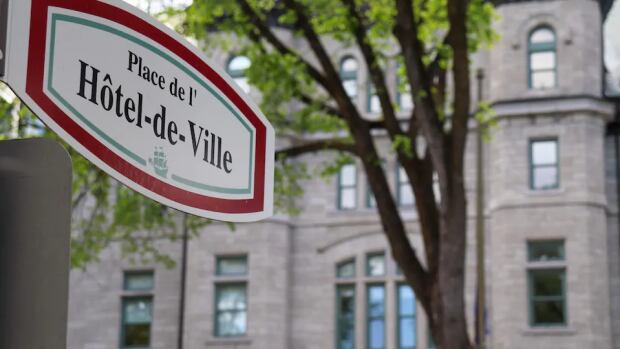 A citizen of Quebec filed a complaint with Elections Quebec denouncing hate speech in the platform of a municipal party.

On its website, the Alliance Citoyenne de QuÃ©bec (ACQ) describes Islam as a “slowly developing cancer in Quebec society”.

Radio-Canada obtained an email sent to the returning officer of Quebec, in which the applicant claims that the ACQ made hateful remarks towards the Muslim community in Quebec.

The requester called the comments “problematic” and asked the returning officer to “take appropriate action” against the party for sharing these comments publicly.

It does not provide a definition or explanation of the term â€œIslamizationâ€.

Recent addition of the platform

Alain Giasson, ACQ leader and mayoral candidate, says the â€œIslamizationâ€ section at the bottom of the website was added to the platform a few weeks ago.

Giasson says that the co-founder of the Islamic Cultural Center of Quebec announcing his candidacy for the post of city councilor pushed him to include the section. The center was the target of a shooting in 2017, in which six men were killed.

“I own 100% of the platform and the section on Islamization,” Giasson told Radio-Canada. “I’m not surprised it caused a stir, I expected it.”

“Boufeldja Benabdallah does not hide it: he wants to Islamize Quebec”, he declared.

The leader of the ACQ says his party’s platform does not target immigration, crime, terrorism or even radical Islam, but rather targets “the subtle and deep Islamization of society”.

Benabdallah asks for an apology

He says the separation of prayer rooms is accepted among Muslims.

“They are not offended. It does not diminish one group for the benefit of another,” he said.

â€œLetâ€™s not go down this road. Itâ€™s useless.

Benabdallah says he wonders what the ACQ is referring to by claiming an â€œIslamizationâ€ of Quebec society.

“I have been here for 52 years. When have I ever used words that incite violence or […] take a step to convert everyone to the Muslim religion as he claims? “

Benabdallah says he has no intention of turning his back on his religion, and that he has no right, whether during the campaign or after, to impose a Muslim perspective on anyone. that is.

He also says he’s open to explaining his religion to ACQ’s Giasson, but he wants the leader to apologize publicly for making heinous comments.

The limited power of Elections QuÃ©bec

Elections Quebec says it cannot intervene even if someone reports the platform.

“The content of party platforms or the comments they make are not governed by the Act respecting elections and referendums in municipalities and it is with regard to this law that Elections QuÃ©bec has jurisdiction to intervene at the municipal level. A spokesperson said via email. .

In the last municipal elections in 2017, 13 candidates ran under the banner of the ACQ, while only 5 will do so this year.

Although he is still involved in the party, Brisson no longer shows up.

He was recently a candidate for the People’s Party of Canada (PPC) in the riding of Quebec.

ACQ leader Giasson won 1.25% of the vote in 2017 when he ran as a municipal councilor in Limoilou.

This year, Giasson joined the race for mayor of Quebec and his party is presenting candidates in four ridings: Saint-Roch – Saint-Sauveur, Maizerets-Lairet, Saint-Louis – Sillery and Val-BÃ©lair.

Strike action looms for daycare workers unless a