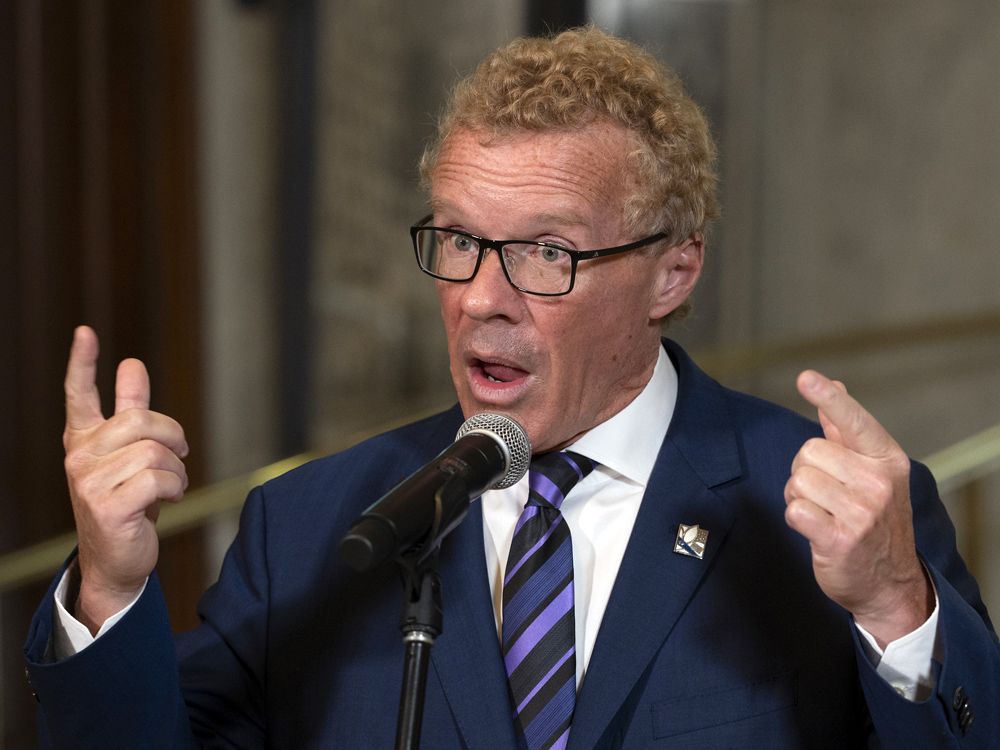 Boulet, who is also the province’s labor minister, said last week during a candidates’ debate that most immigrants to Quebec “do not work, speak French or adhere to societal values. Quebec”.

Sign up to receive The Canucks Report newsletter, delivered straight to your inbox at the start of each series. Essential reading for hockey fans who eat, sleep, Canucks, repeat.

The next issue of Canucks Report will soon be in your inbox.

Although Legault said Boulet’s comments disqualified him from remaining as immigration minister after the provincial election, he wouldn’t rule out moving Boulet to another portfolio.

“I spoke to Mr. Boulet yesterday and he is so sad about what he said,” Legault told reporters in Rouyn-Noranda, Que. “Like I said, he won’t be able to be immigration minister, but still, the guy is a brilliant guy and he’s done a good job for the last four years.”

While Legault called Boulet’s comments unacceptable, he said Boulet knew what he said was not true.

“Anyone who knows Jean Boulet knows it’s not him what he said,” Legault said.

Liberal leader Dominique Anglade said on Thursday that Boulet should be removed as minister immediately, but she did not go as far as Conservative leader Eric Duhaime, who called on Boulet to withdraw his candidacy altogether.

Anglade said Boulet’s comments reflect the tone set by Legault – who has made his own controversial comments about immigrants.

“He is the one who creates this environment, he is the one who says that immigration must be compared to violence, he used the word ‘suicidal’ when he spoke of an increase in immigration,” he said. Anglade told reporters in the Montreal suburb of Brossard.

On Wednesday, the CAQ leader said it would be “suicidal” for the Quebec nation to accept more than 50,000 immigrants a year, and earlier he apologized for comments seen as linking immigration to the violence.

During an electoral stop in St-Marc-des-Carrières, near Quebec, Duhaime said he did not understand how Legault could qualify Boulet as disqualified while allowing him to continue to run in the riding of Trois-Rivières.

“When someone is disqualified, they cannot continue to run in the race…. Is he trying to say that the remarks (by Boulet) are unacceptable for a minister but acceptable for a CAQ candidate or the member for Trois-Rivières? he said.

Asked about the comments, federal Justice Minister David Lametti, who represents a Montreal riding, said he was the son of immigrants who came to Canada in search of a better life, worked hard and made sacrifices. “That’s the case with my parents and it’s the case with a lot of immigrants,” he told reporters in Ottawa.

Bloc Québécois Yves-Francois Blanchet told reporters in Ottawa that he was shocked by Boulet’s comments.

While he worries about the integration of immigrants into Quebec society — and the large proportion of immigrants who settle in the Montreal area — he said that “the stigmatization by an awkward and inaccurate number is a serious mistake by the minister”.

Meanwhile, the Parti Québécois has raised more money since the start of the Quebec election campaign than any other party.

Elections Quebec said the sovereignist party raised $354,175 from 3,852 donors between the start of the campaign on August 28 and September 21.

Polls at the end of August placed the PQ in fifth place, with support below 10%.

But the PQ is now in the mid-teens polls and is statistically tied with the other three main opposition parties – all far behind the incumbent coalition Avenir Québec.

Québec solidaire is in second place in fundraising since the beginning of the campaign, having collected $180,305, while the CAQ is in third place with $170,548 in donations.

— With additional reporting by Michel Saba in Ottawa

Canada’s economy grew 0.1% in July, contrary to expectations of contraction