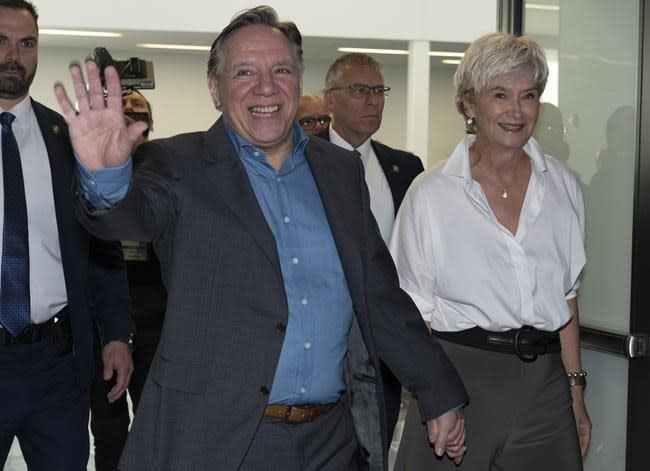 Quebec is not Louisiana, experts say as premier is accused of stoking immigration fears

MONTREAL — Premier Francois Legault’s assertion that Quebec risks turning into Louisiana if the province doesn’t have more control over immigration is based more on pre-election posturing than reality, politicians said. opposition and pundits this week.

Legault has been accused of stoking fears about newcomers after telling delegates at his party’s convention last weekend that the survival of the Quebec nation depends on the federal government giving Quebec more power over who can. immigrate to the province.

The prime minister even warned that Quebec could become like the state of Louisiana — once under French control — where only a fraction of the population still speaks French.

His comments drew criticism from opposition parties, who accused him of inventing a crisis and suggesting that immigrants are a threat.

Legault doubled down on Wednesday, saying the Louisiana comparison was meant to spark debate. He said statistics suggest fewer people speak French at home and at work in Quebec, which he says is proof of its precariousness.

Two Louisiana history experts who spoke to The Canadian Press said the situation of French in Quebec can’t really be compared to the US state, which had a smaller base of native speakers and where the French was banned as a language of instruction.

Louis-Georges Harvey, professor emeritus of history at Bishop’s University in Sherbrooke, Quebec, said it was “enormous” to compare a province where more than 90% of people speak French to a state where only 2% about do. .

“French, to my knowledge, has no official status in Louisiana. It’s not taught in the majority of schools,” he said in a phone interview. “It’s more about inheritance than anything else.”

He said that by the time Louisiana was absorbed into the United States in the early 19th century, the state no longer had a critical mass of speakers to maintain the language, especially in the absence of government support.

Harvey said he felt French was losing ground in Montreal and that he understood the Quebec government‘s willingness to renegotiate to select more immigrants. But invoking Louisiana is a big shortcut, he said, and “more of an election issue than anything else.” The province is expected to go to the polls in October.

Clint Bruce, Canada Research Chair in Acadian and Transnational Studies at Université Sainte-Anne in Nova Scotia, says there’s nothing wrong with Quebec watching what happened. happened elsewhere if done with nuance, instead of “tapping into some sort of populist fear.”

In the case of Louisiana, he said it was clear the number of people speaking French was plummeting. From 500,000 to one million Francophones estimated 50 years ago, today there are between 100,000 and 200,000.

But he said it happened after years of French being suppressed and considered a foreign language – the opposite of what Quebec is doing.

Legault’s comments, he added, ignore the fact that Louisiana has made recent efforts to revive its French heritage through its membership in international French-speaking organizations, school language programs, art and culture.

“Is it particularly useful to denigrate other societies and then tap into the fears of other cultures? ” He asked. “I don’t think that helps.”

Both Bruce and Harvey point out that Legault’s line of thinking is not new: Examples of Quebec public figures invoking Louisiana as a symbol of the decline of the French language date back to the 1830s, they say.

The political opposition in Quebec lambasted Legault on Tuesday for his comments. Quebec solidaire spokeswoman Manon Massé accused the prime minister of using immigrants to distract people from his government’s failures on issues such as housing and climate change, while Liberal leader Dominique Anglade said he lacked empathy for immigrants who want to find their parents.

Ruba Ghazal, language spokesperson for Quebec solidaire, said the province is enriched by the tens of thousands of newcomers who arrive each year, noting that his own family was the product of immigration more than 30 years ago. .

“I have news for François Legault: my family and I are not a threat to the survival of Quebec.”

Legault said that while Quebec has the right to select about half of the 50,000 immigrants who settle in the province each year, the rest are chosen by the federal government. He said federally selected immigrants — refugees and people under family reunification — are much less likely to speak French upon arrival than those chosen by Quebec, who are primarily economic immigrants.

He said Wednesday that even if Quebec does not ask for control over refugees, Ottawa should transfer to Quebec the power to select immigrants in the family reunification stream. He said that even a few thousand immigrants each year who don’t speak French make a difference.

Prime Minister Justin Trudeau seemed to close the door on transferring more power to Quebec. “It is certain that a country must have its say on its immigration,” he declared Tuesday in Ottawa, adding that the competence is shared with Quebec to allow the province to prioritize French-speaking immigration. .

This report from The Canadian Press was first published on June 1, 2022.

These 12 hotels, spas and restaurants in Quebec have been named among the best in the world