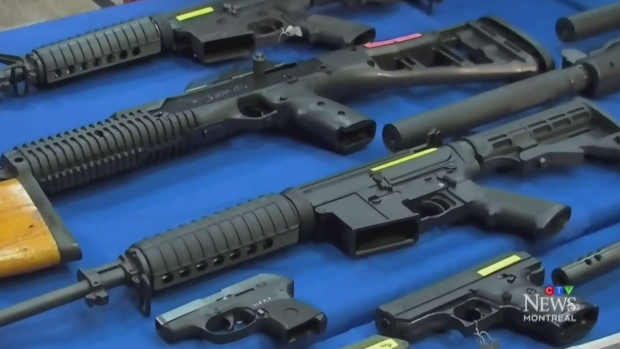 MONTREAL – data-pm-slice = “1 1 []”> With the number of gun-related incidents in Montreal on the rise, the Quebec government announced Sunday that it will invest $ 52 million to step up prevention efforts.

The funds will be distributed to several projects, including $ 11.3 million over five years to the Prevention of Crime through Sport, Arts and Culture (PDSAC) program. Another $ 20.2 million will go to a new four-year program for â€œcommunity crime prevention ‘street work’ organizations,â€ according to a press release.

In the past year, four teenagers have been shot dead in Montreal.

“We understand that people are worried and extremely upset,” said Public Security Minister GeneviÃ¨ve Guilbault, who said the announcement was in addition to an earlier pledge to hire 107 police officers and experts to fight the armed violence.

But repression is not the answer to everything, according to Guilbault.

“We could have all the police in the world, but the day a gun hits the hand of a 15-year-old, it’s because something fell before,” she said.

Quebec wants to prevent young people from being “seduced by unscrupulous delinquents” and recognizes that “street work” – efforts organized within a community – is a “major” prevention tool.

The mission funding program for community organizations represents a new way of doing business for the government, which usually funds projects. This method, said Guilbault, will help “eradicate the constant specter of service discontinuity” that hangs over some communities.

During the press conference held in the Saint-Michel district, where numerous shootings took place, including some fatal, the mayoress of Montreal ValÃ©rie Plante declared that she believed that “the social, economic and urban conditions” had to be improved.

The objective is to improve the quality of life and to allow â€œwinning conditions for stimulating and interesting living environments that keep young people away from organized crimeâ€.

We must â€œmore than everâ€ take â€œvery concreteâ€ actions to put an end to the wave of violence, added Chantal Rouleau, Minister responsible for the Montreal region.

â€œWe are facing a new phenomenon, in particular because of the use of social networks too often used to glorify and trivialize the possession and use of firearms. And here we have to tackle it head-on, â€she said.

Among the measures funded, Quebec will pay $ 366,000 to the Montreal Police Service (SPVM) to create an Aboriginal community development advisor position.

Specialization in this area of â€‹â€‹intervention represents a â€œconsiderable additionâ€ to the police force, declared the head of the SPVM, Sylvain Caron.

The Minister responsible for Native Affairs, Ian LafreniÃ¨re – himself a former police officer in Montreal – said he knew “how important it is to build better mutual understanding and trust”.

Armed violence is currently “the priority of the department,” noted Caron, who said he had deployed “all the manpower necessary” to tame it.

Caron asks young people who are aware of events related to firearms to confide in a trusted adult or a community police officer so that the authorities can intervene “upstream rather than in response”.

The lion’s share of funds announced on Sunday will be spent in Montreal, where the problem is most prevalent, but money will also be available in other major urban centers.

â€œWe don’t want to wait for it to be serious,â€ said Guilbault.

â€”This report was first published in French by La Presse Canadienne on December 5, 2021.

The Vanier Cup ends with a loss for the Huskies; Western wins national football final

The Opioid Crisis Among First Nations in Canada