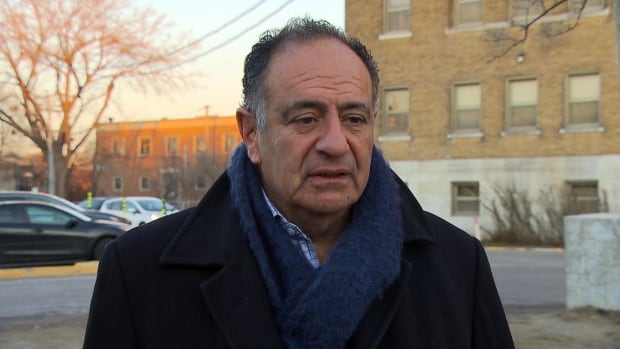 A staff shortage forced the reduction of services at the Lachine Hospital last month, and now a group of doctors are calling on the provincial government to reverse the decision.

â€œOur hospital has been closed to ambulances for over a month. We do not have a functional intensive care unit either, â€said Dr. Paul Saba, president of the council of physicians at the Lachine Hospital, located in the southwest of the city.

“We want it to work like it did before November 8â€¦ We want our intensive care to resume and we want our ambulances.”

The hospital has been operating since 1913 and should continue to serve the community, he said.

Prime Minister FranÃ§ois Legault’s administration has opened bars and dance clubs by decree, and advocates now want the prime minister to use that power to open the hospital, Saba said, speaking alongside a group of healthcare professionals in front of the hospital.

The McGill University Health Center (MUHC), which manages the hospital, has reduced the opening hours of the emergency room between 8 a.m. and 3 p.m. Ambulances are diverted and only walk-in visits are accepted.

In a statement Friday, the MUHC said the decision to reduce hospital services was made in collaboration with the Department of Health.

“We are working very hard to restore full access to the Lachine Hospital emergency room for outpatients,” the statement said.

The MUHC will fully reopen the Lachine Hospital on January 10, 2022.

â€œIn the meantime, the emergency plan in place is working well and offering the population safe alternatives,â€ said the MUHC, noting that the hospital’s modernization efforts have not been slowed down by the staff shortage.

Saba said it was time for the Legault government to force the MUHC to adequately staff the facility.

He said many of their healthcare workers have left, taking wage bonuses downtown.

“We keep hearing from the MUHC that this is due to a collective agreement, so we say, okay, get around that, go straight to decree, provide all the incentives, provide all the bonuses,” Saba said. .

MP JoÃ«l Arseneau said the problems at the Lachine Hospital point to a bigger problem across the province.

Staff shortages forced many emergency rooms to temporarily close during the pandemic, and services were cut as COVID-19 resulted in an influx of patients at a time when there were not enough staff available to heal the sick.

“I think what we are going through is absolutely scandalous,” said Arseneau, who represents the riding of ÃŽles-de-la-Madeleine for the Parti QuÃ©bÃ©cois.

“It’s unheard of that we have to fight to have an emergency service that works 24 hours a day, seven days a week.”

The reduction in services is blamed for the recent death of a man northwest of Montreal.

The Quebec coroner’s office has said it will now investigate the death of Senneterre, a town in the Abitibi-TÃ©miscamingue region.

Richard Genest, 65, died of a two hour wait for an ambulance this week. The service at his local emergency room had been cut due to understaffing.

The health ministry did not respond to a request for comment on Friday.

The Vanier Cup ends with a loss for the Huskies; Western wins national football final