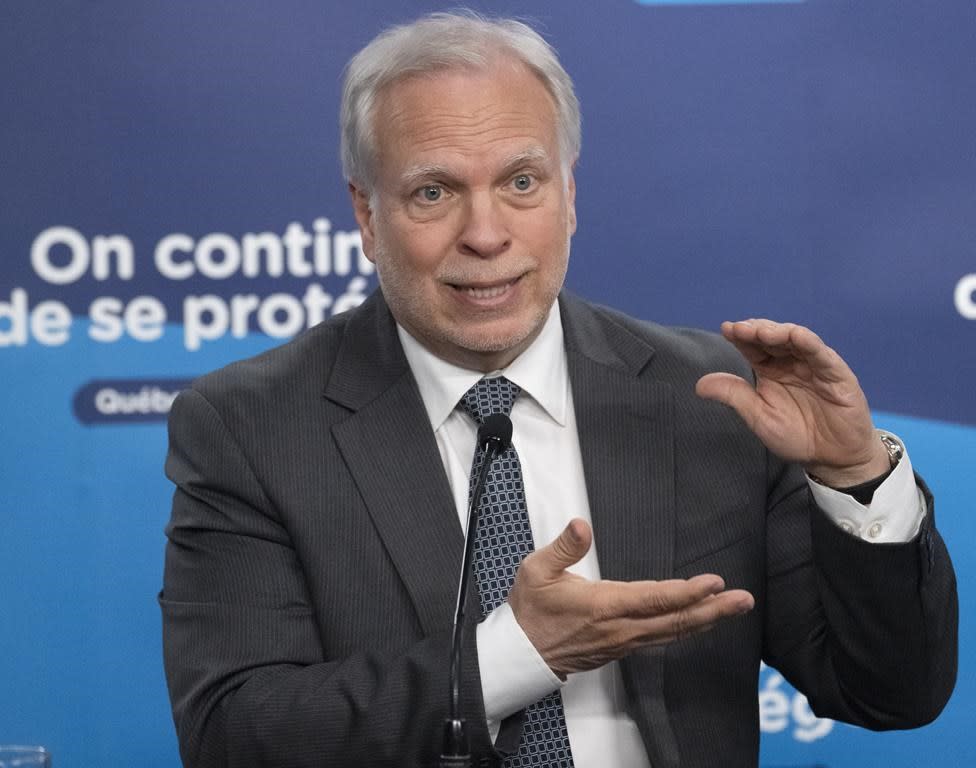 MONTREAL — The Quebec government is facing pressure to reduce arsenic levels in the air of a small northwestern town that is home to a copper smelter employing 650 people but emitting 33 times the provincial emissions standard of arsenic.

A study released Wednesday by the Institut de santé publique du Québec indicates that if the Rouyn-Noranda, Quebec plant does not reduce the concentration of arsenic in its emissions, between one and 14 additional residents could develop heart cancer. 2060.

Public Health Director Dr. Luc Boileau visited the city on Wednesday and told reporters: “We cannot find it acceptable that a population be put at this risk.”

Boileau’s visit follows the release of an open letter earlier in the week by 50 health professionals urging Quebec to tackle the high level of air pollution in the city caused by the plant – the Horne Smelter – which has been in operation since 1927. Boileau’s visit also came as the plant’s certification is set to expire and the province begins negotiations with the company regarding a new emissions cap .

The plant has been in the spotlight in Quebec following a recent Radio-Canada report revealing that in July 2019, Dr. Horacio Arruda, then Director of Public Health, removed an appendix from a report mentioning how residents of Rouyn-Noranda had higher rates of lung cancer compared to residents of the rest of the province. The report cites arsenic in the air as a contributing factor.

Arruda reportedly withdrew the report after meeting with executives of the smelter, owned by the multinational Glencore. He recently told reporters that he had done nothing wrong and never intended to hide anything from the public.

The study published Wednesday by the National Institute of Public Health of Quebec indicates that a rapid and major reduction in arsenic emissions would improve public health. “This is all the more relevant as arsenic emissions…contribute to soil contamination to which young children are particularly exposed,” the report states.

Boileau, however, declined to say what an acceptable level of arsenic emissions would be, referring questions about standards to the environment ministry.

“If you ask me, today, if there are (arsenic levels) that justify saying that we must close the business and avoid all emissions from today … the answer is no “, said Boileau.

The provincial standard for arsenic emissions is three nanograms per cubic metre. The most recent foundry cap, however, was set in 2018 at 100 ng per cubic meter.

Environment Minister Benoit Charette on Wednesday blamed former governments for the certification that allowed the smelter to exceed the provincial standard. Glencore’s certification for its Rouyn-Noranda plant is coming to an end and the environment ministry will have to negotiate a new deal with the company, Charette told reporters in Quebec.

“(The certification) … is reviewed every five years; it’s the law,” Charette said.

“It was the previous government that set the standards…it was respected; the smelter has reduced (emissions) in accordance with the requirements, but we agree that the requirements are not enough.

Meanwhile, the College of Physicians of Quebec and Long Point First Nation, located 80 kilometers south of Rouyn-Noranda, have added their voices to those calling on the government to reduce levels of arsenic in the air. around the factory.

“Given that the (Horne Smelter) has been emitting high levels of arsenic for decades…we have reason to be collectively concerned,” Grand Chief Steeve Mathias of Long Point said in a statement Wednesday.

In a tweet two days earlier, the college of doctors said that the health of the inhabitants of Rouyn-Noranda was “vital”.

“The science is clear,” the group said. “Measures must be put in place quickly to ensure better air quality.”

Premier Francois Legault suggested on Tuesday that the plant could be closed if it cannot reduce emissions.

“Let’s be very clear: if there is no plan proposed by the company to reduce emissions to a level safe for the population, we do not rule out closing it,” Legault said.

The Prime Minister said the immediate closure of the smelter would impact families, adding that he wanted to preserve the hundreds of “well-paying jobs” in the area.

Claude Belanger, a Glencore spokesman, said in a statement on Wednesday that the smelter has a “concrete plan to further reduce emissions” and is determined to “improve the situation”.

The company said it was “finalizing the development of a transition zone” to reduce citizens’ exposure to arsenic. It adds that it is also developing copper treatment processes “unique in the world, which will allow optimal capture of gases and dust”.

Additionally, Glencore said the smelter “will act in full collaboration with government and public health authorities.”

This report from The Canadian Press was first published on July 6, 2022.