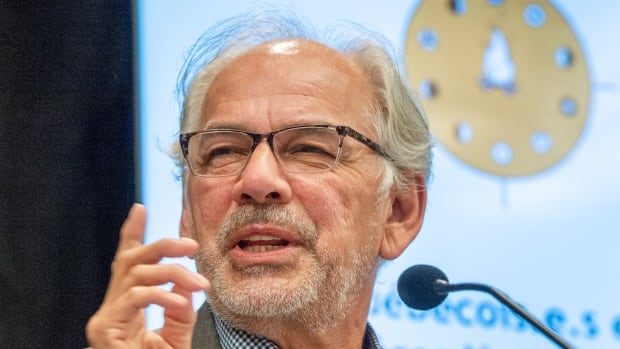 It has been exactly a year since the Assembly of First Nations Quebec-Labrador (AFNQL) produced its own action plan to fight racism and discrimination.

Today, the assembly directly called on Quebecers to engage in the fight, affirming that ordinary citizens are part of a “wave of change” in favor of reconciliation, more than the government of Quebec.

“To achieve the reconciliation we are talking about these days, we call on citizens to get involved in the fight against racism and discrimination against First Nations peoples,” said AFNQL Chief Ghislain Picard at the meeting. ‘a press conference on Wednesday.

Last year, instead of waiting for the government to implement the recommendations of three commissions, the AFNQL presented a plan consisting of 141 suggested actions on how individuals and organizations can get involved.

The action plan was announced a day after Joyce Echaquan, an Atikamekw woman, died at a hospital in Joliette, Que., After hospital staff laughed at her live as she called for help.

A dark vigil to mark the first anniversary of his death took place yesterday, during which leaders said issues of racism in healthcare continued.

Picard affirms that many people and organizations have supported the AFNQL’s action plan to fight racism since its unveiling, expressing their willingness to act as allies of the indigenous peoples and to take concrete steps.

The assembly calls on Quebecers to participate in tomorrow’s activities for the National Day of Truth and Reconciliation and invites people to take photos and videos of themselves showing their support and to post them on social networks.

However, Picard says he is not relieving the government of its responsibilities.

“Our appeal to civil society must not, however, obscure the responsibility of the Government of Quebec, which must necessarily do more to fight racism and discrimination, just as it must also do more for truth and reconciliation”, did he declare.

Quebecers themselves, in a large proportion, believe that the government is not doing enough to fight racism and discrimination against Aboriginals, according to a survey conducted for the AFNQL.

In particular, Indigenous leaders want the government to adopt Joyce’s Principle, a set of recommendations written by the Atikamekw community to ensure healthcare for Indigenous people without discrimination.

Ian LafreniÃ¨re, the Minister responsible for Indigenous Affairs, said his government was “100%” in favor of implementing the recommendations listed in the document.

But the province will not accept Joyce’s Principle in its entirety because of its mention of systemic racism. LafreniÃ¨re said his government does not use the term because it “divides” and half of the people refuse to listen when it is mentioned.

Council Robertson says Indigenous people have spent years speaking out against systemic racism in their community and the government refusing to call it that is ignoring the problem.

“How do we start to fight something we won’t even name?” she said.

Picard says picking and picking the parts of the recommendations to agree with completely negates the principle.

â€œIt’s not a principle that you can separate and choose what pleases you,â€ he said. “You take it as is.”