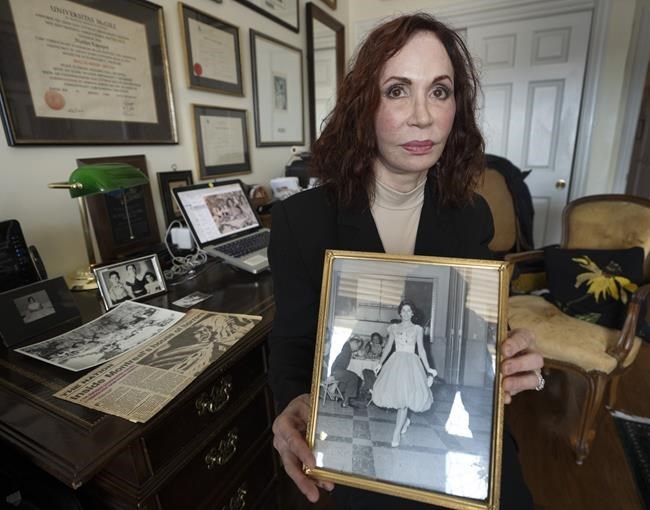 MONTREAL — As a young adult, Susan Lapp always wondered why she had virtually no childhood memories of her mother.

MONTREAL — As a young adult, Susan Lapp always wondered why she had virtually no childhood memories of her mother.

Katherine Lapp had died in a car accident in 1972 when Susan was 15, and her father and other family members refused to discuss the matter. Mysteriously, Susan Lapp barely remembered her childhood and didn’t know why.

In 2018, a box of medical records revealed why she blocked those memories.

Katherine Lapp had sought medical help in 1960 after feeling depressed, and instead of receiving treatment she spent eight years at the Allan Memorial Institute in Montreal, where she was subjected to psychiatric experiments which included psychotropic drugs and hundreds of electroshocks. treatments that erased her memories and reduced her to a “toddler state”, according to her daughter.

“In the end, she just wasn’t there mentally… the (medical records) say she didn’t even know who she was anymore; she wasn’t even a person anymore and she didn’t want to live anymore,” Lapp said in a recent phone interview.

Her mother did not have a single counseling session for the problem she signed up for, she said.

Katherine Lapp was among hundreds of Montrealers who were allegedly subjected to experimental Allan treatments in the 1950s and 1960s by Dr. Donald Ewen Cameron and his colleagues. The psychological experimentation project, known as MK Ultra, was reportedly funded by the Canadian government and the United States Central Intelligence Agency.

Now, a recent court ruling has given Susan Lapp and other family members of Cameron’s alleged victims hope that they could find justice, decades after the events in question.

Intended to treat schizophrenia, treatments at Allan Hospital instead focused on “taking control of the patient’s psyche in order to recondition it”, according to the lawsuit, using means such as powerful drugs, messages repeated audio, induced comas and shock treatments.

Lawyer Alan Stein is representing some 50 families of former patients in a lawsuit against the Canadian government, the McGill University Health Center and the Royal Victoria Hospital, which founded the Allan and is now part of the network of teaching at McGill. Late last month, the Superior Court of Quebec cleared the way for a trial by rejecting a request from the government and hospitals to partially dismiss the lawsuit.

Because another group of alleged Cameron victims and another attorney have already filed a class action lawsuit, Stein opted instead to file a direct action, which allows plaintiffs to be sued by others in similar circumstances. to sue on their behalf. The government and the two hospitals argued that the family members did not have enough in common to sue together, but a judge denied their claims.

If successful, Stein said the case could set a precedent for other groups who don’t want to be held up by the more complicated class-action process, which he says could take a decade or more. “My clients are seniors, and they don’t want to be caught up in litigation for 10, 12 years,” he said.

He said he hoped the case could be heard as early as next year – if the government and hospitals don’t appeal.

In a statement earlier this week, the Justice Department noted that a 1986 investigation conducted on behalf of the federal government concluded that it had no “legal or moral responsibility”, but that the government nevertheless had compensated some victims for “humanitarian reasons”. The ministry declined to confirm whether it would appeal last month’s court ruling.

The McGill University Health Center acknowledged in a statement earlier this week that Cameron carried out research at the Allan Memorial Institute in the 1950s and 1960s that was “controversial” and had “unfortunate” consequences. But the hospital said ‘the courts have already established that the Royal Victoria Hospital was not considered, by law, to be Dr Cameron’s employer; at the time, he exercised his profession autonomously and independently.

While some alleged victims received around $100,000 in compensation from the federal government in 1992, many received nothing. Even those who did said the money fell far short of covering the damage to their loved ones and families.

Sue Dery says her mother, Pauline Teel, compared the electroshock treatments she received to “being in a snake pit and being gagged”. Dery says Teel was subjected to countless rounds of shocks, injected with barbiturates and insulin, and put to sleep for long periods of time during his years at the Allan.

When she came out, Teel was worse, her daughter said. Teel showed little emotion and then turned to alcohol in an attempt to cope. Dery, the eldest of six children, had to step in to help raise her younger siblings.

Dery said she didn’t learn what happened to her mother until decades later. At the time, “no one was really talking about it,” she said. “It was considered shameful.”

Marilyn Rappaport says her sister Evelyn has experienced what she describes as a ‘living death’ in the decades since she went to hospital for treatment.

Rappaport, who is one of the main plaintiffs in Stein’s lawsuit, says her artistic sister-in-law became someone who no longer recognized her own family and had to relearn how to speak and go to the bathroom after treatments that included falling asleep for “months”. at a time” and subjected to looped audio messages.

Today, at 80, her sister is in hospital. She won’t let anyone touch her and doesn’t recognize her family, Rappaport said.

Every family member who spoke to The Canadian Press said what happened at the Allan Memorial had repercussions far beyond the victims themselves.

Dery left home young and turned to drugs for a time to cope. She said she spent years being angry with her mother for drinking and being unable to remember anything.

Lapp has almost no memory of her mother – a consequence, she says, of the trauma she suffered. In her mother’s medical records, she read horrible things, including that her mother didn’t recognize the pictures of her children.

Rappaport, for her part, is tasked with managing her sister’s care and struggles daily to find help for her complex needs.

For family members, the lawsuit represents not only a chance to obtain compensation, but also a chance to shed light on a chapter of history that has often been obscured by the stigma and shame surrounding mental illness. .

While Stein’s lawsuit seeks approximately $1 million in compensation for each family, the victims say what they want most is an apology and acknowledgment for what the families have endured.

“I’m doing this because my mom deserves it,” Lapp said. “She deserves not to be forgotten and put in a box of secret files. She deserves it, (even though) she’s been dead for 50 years. Each of these people deserves it.

This report from The Canadian Press was first published on March 10, 2022.