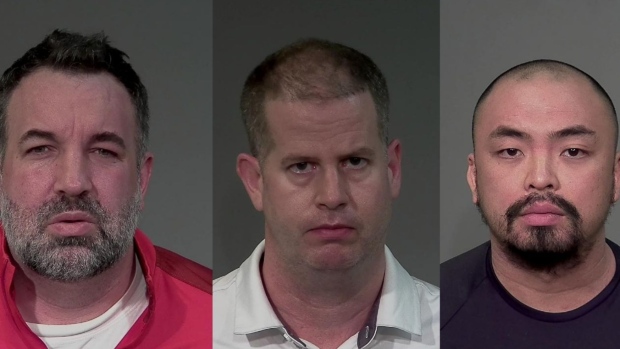 Not only criminal prosecution, but also outside investigations will investigate the alleged sexual abuse of three basketball coaches at a Montreal-area high school.

On Monday, the school board that oversees Ville-Saint-Laurent said it had hired an outside firm to investigate.

Later in the day, Quebec’s Minister of Education also tweeted that he had ordered the ministry to investigate.

“Following the revelations about the work climate at Saint-Laurent secondary school in Montreal, I asked that an investigation be launched by the Ministry of Education,” wrote the Minister of Education Jean-François Roberge.

“Students and school staff need to feel confident and safe in our schools.”

Following the revelations about the work climate at Saint-Laurent high school in Montreal, I asked that an investigation by the Ministry of Education be authorized. Students and school staff need to feel confident and safe in our schools.

The three school coaches were charged with sexual assault and other sexual offenses last week, all related to their work at Saint-Laurent High School in the Saint-Laurent borough of Montreal.

All were part of the school’s women’s basketball program and were arrested at school last Wednesday.

The accused are Robert Luu, 31, Charles-Xavier Boislard, 43, and Daniel Lacasse, 43.

In a press release released late Monday afternoon, the Marguerite-Bourgeoys School Services Center (CSSMB) said it was “very concerned” about the allegations.

He also said the allegations were ‘contradictory’ to information provided to the school, but did not provide specific details on what this meant.

“An external firm has been mandated to paint an accurate portrait of the work climate and shed light on these reported events,” the school board said in the press release.

The announcement comes after one of the defendants, Boislard, was released on bail while the other two wait to set a date for their own bail hearings.

Media coverage since last week has alleged that apart from accusations of sexual abuse, the school was a dysfunctional work environment where staff had previously tried to raise issues with coaches, only to feel ignored.

Daniel Lacasse, 43, who faces a charge of incitement to sexual touching of a minor between 2010 and 2012, will return to court on February 10.

Co-defendant Robert Luu, 31, will return to court on Tuesday. He faces two counts of sexual touching and one count of sexual assault, but on another alleged victim, this time between 2014 and 2017.

The school board said it would take action if the outside company makes recommendations after it investigates the matter. He also said that a team of experts was deployed to support students and staff immediately after the arrests.

“The CSSMB community will always be encouraged to speak up with the relevant authorities,” the board said. “To this end, the CSSMB remains in communication with the SPVM.

Is San Antonio FloatMe a Safer Alternative to Payday Loans?