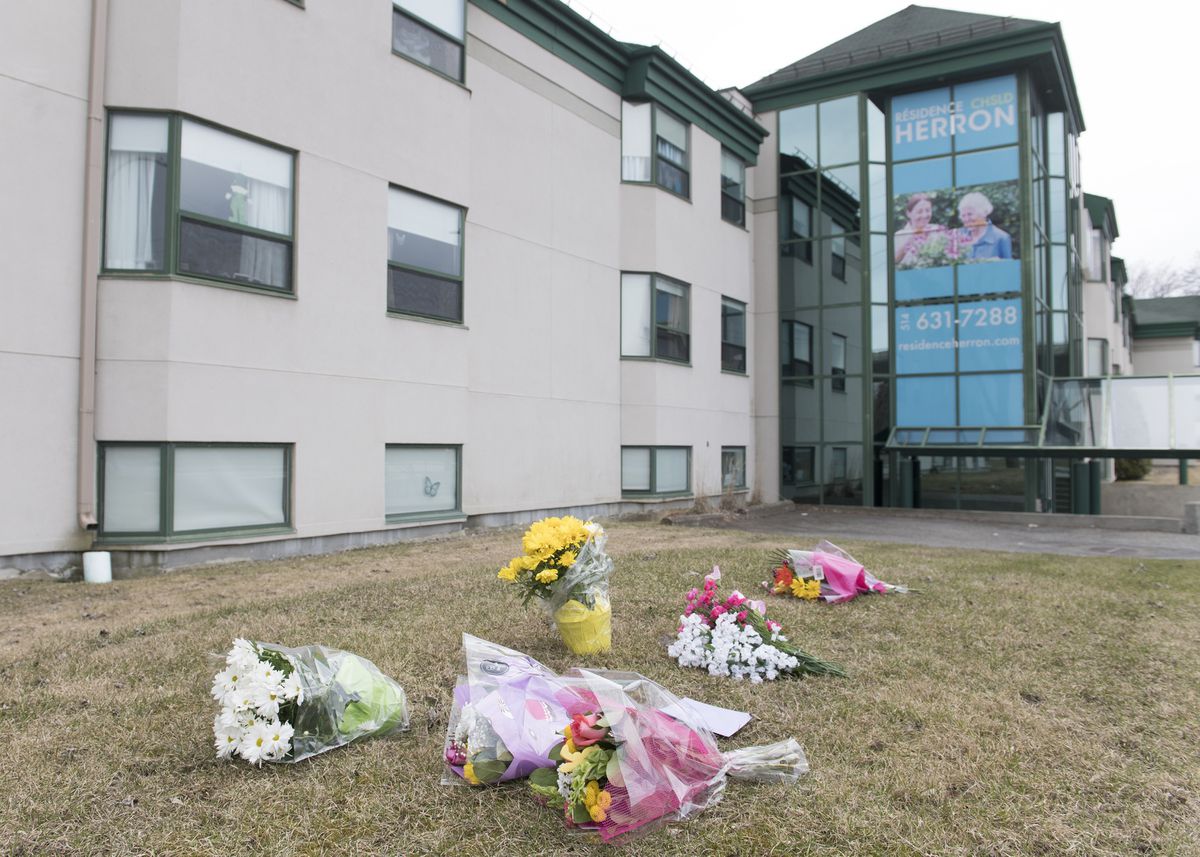 A mathematical model of the spread of COVID-19 that influenced the Quebec government’s response to the new disease made no mention of nursing homes, the facilities where the new virus would end up claiming the most lives.

Details of the model were shown at a public inquest on Monday, in a hearing where Coroner GÃ©hane Kamel raised questions about the lack of indications the province had prepared for the impact of the coronavirus on retirement homes.

Ms. Kamel’s investigation focuses on the death toll in Quebec CHSLDs during the first wave of the pandemic, in the spring of 2020, when more than 4,000 elderly residents died.

Senior health officials previously insisted during the investigation that the government started preparing in mid-January and was aware that the elderly were vulnerable to the emerging infectious disease.

However, the investigation learned on Monday that it was not until around March 9 or 10 that infection prevention experts at the Institut de santÃ© publique du QuÃ©bec, known by the abbreviation INSPQ, began to examine recommendations specifically for nursing homes.

Jasmin Villeneuve, medical consultant and head of the INSPQ team dealing with infections in healthcare facilities, said those recommendations were finally released on March 18.

His words were echoed by another witness, Jocelyne SauvÃ©, associate vice-president of scientific affairs at the INSPQ, who said that the institute’s experts did not focus specifically on nursing homes at the start, because most of the elderly live in the community.

Dr. SauvÃ© presented to the survey the 26-slide mathematical model that the INSPQ presented to senior officials of the Quebec Ministry of Health on March 9, 2020. Based on data from China, South Korea and Italy, the model presented four different scenarios.

Scenario 2, the most disastrous of the four, predicted that hospitals would be inundated with COVID-19 cases. He helped get the government to prioritize protecting hospitals over long-term care.

Ms Kamel said she was concerned about what appeared to be a lack of activities between the end of January, when government health officials said they began to worry about the new disease, and the half-March.

“I have no doubt that people were working between these two [dates] but I have nothing coherent telling me that we were on a high alert state. It’s as if the high alert only happened in March, â€Ms. Kamel said.

Dr. Villeneuve also testified that the shortage of protective equipment was not the reason why the INSPQ’s recommendation for healthcare workers to wear masks at all times was not made until April 3.

â€œIf we think the recommendation is to wear masks, we will make that recommendation. Inventory management does not belong to the FIVE, â€said Dr Villeneuve, referring to the acronym for his expert panel on healthcare associated infections.

But he acknowledged that the government had urged the INSPQ to consider logistics issues.

“To say that there is no pressure would be a lie … if there was a lack of equipment, that did not change the recommendations.”

The investigation learned earlier that there was no written record of thousands of visits made during the pandemic to verify whether medical directives were being followed in nursing homes for the aged.

Natalie Rosebush, the assistant deputy minister responsible for the care of the elderly, testified earlier that the information was saved in files which were overwritten after each new visit.

However, Prime Minister FranÃ§ois Legault has since denied that the data was lost.

Ms Kamel said on Monday that the only documents received by the investigation were blank assessment forms and a spreadsheet.

Ms. Rosebush is expected to return to the witness stand this week. Ms Kamel said she still wanted to see copies of the reports.

Our Morning Update and Evening Update newsletters are written by the editors of The Globe, giving you a concise summary of the day’s most important headlines. register today.