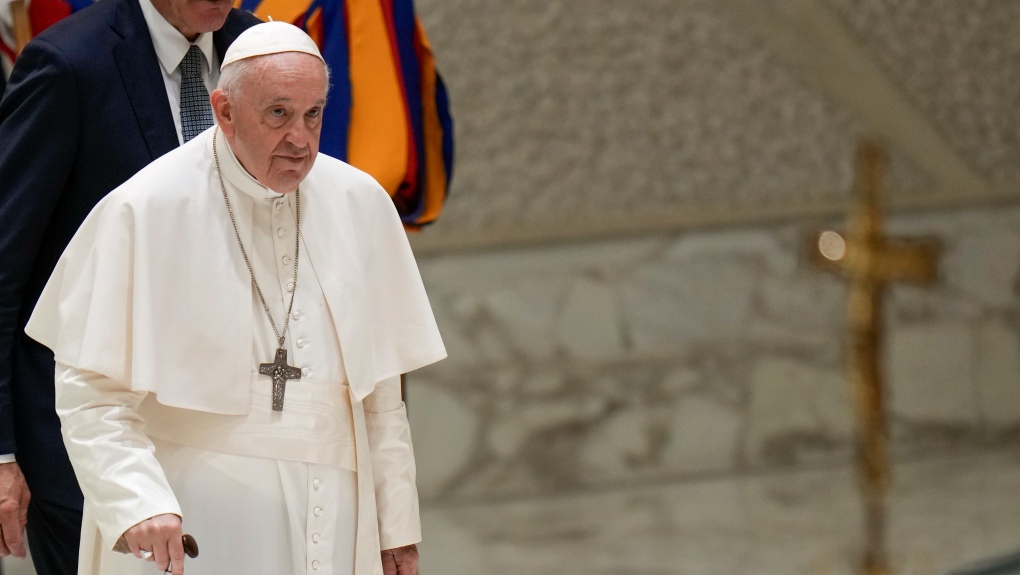 Pope Francis in Canada: Itinerary of the Papal Visit

Pope Francis is expected to arrive in Canada on Sunday for a six-day tour, marking the first papal visit to the country in 20 years.

Here is a complete itinerary of the Pope’s visit:

Pope Francis is due to land at Edmonton International Airport and attend a welcoming ceremony. There will be no events for the rest of the day to allow the 85-year-old pontiff to rest.

The pope is scheduled to meet with residential school survivors from across Canada in the morning at Maskwacis, Alta., which houses the former Ermineskin boarding school. This is the only boarding school visit on the Pope’s itinerary.

CTV News Channel and CTVNews.ca will air a two-hour special on the Pope’s visit to Maskwacis from 11 a.m. to 1 p.m. EDT.

Later in the afternoon, the pontiff will return to Edmonton and meet with parishioners and members of the Aboriginal community at Church of the Sacred Heart of First Peoples. This church was known as a space that regularly mixes Catholic and Indigenous traditions, and was recently reopened after an accidental fire in 2020.

A live special will air on CTVNews.ca covering the Pope’s visit to the Church of the Sacred Heart of First Peoples from 6-7 p.m. EDT

Pope Francis will hold an outdoor Mass at Commonwealth Stadium in Edmonton with up to 65,000 people to mark St. Anne’s Day, which celebrates the mother of the Virgin Mary, a widely revered figure among Indigenous Catholics. CTVNews.ca will broadcast a live special covering Mass from 10:30 a.m. to 1 p.m. EDT.

After mass, he will go to Lac Ste. Anne Pilgrimage National Historic Site northwest of Edmonton and welcomes Indigenous pilgrims from across Canada and the United States.

Events at Lac Ste. Anne will also be broadcast live online on CTVNews.ca from 6 p.m. to 7 p.m.

The Pope will depart for Quebec, where he will meet with Governor General Mary Simon, Prime Minister Justin Trudeau as well as Indigenous leaders and other dignitaries at the Citadelle of Quebec

While the meetings at the Citadelle will be private, the public is invited to attend Aboriginal cultural expression programs on the Plains of Abraham. No tickets will be required for events at Les Plaines.

After his meetings at the Citadel, the Pope will cross the Plains of Abraham in his popemobile and greet the public.

The events at the Citadel and the Plains will be broadcast in a live special on CTVNews.ca from 4 p.m. to 6:30 p.m. EDT.

Pope Francis will hold a morning mass at the National Sanctuary of Sainte Anne de Beaupré. The mass will also be broadcast on video screens at the Plains of Abraham. It will also air in a live special on CTVNews.ca from 11 a.m. to 1 p.m. EDT.

In the early evening, the pope will hold a prayer with the clergy at the Notre-Dame de Québec basilica-cathedral.

The day will begin with private meetings at the residence of the Archbishop of Quebec. The Pope will meet with members of the Society of Jesus, a religious order of the Catholic Church more commonly known as Jesuits.

He will also meet with a delegation representing Indigenous peoples from Eastern Canada before flying to Iqaluit.

The pope will begin his visit to Iqaluit with another private meeting with residential school survivors before attending a free public community event hosted by Inuit leaders outside a local elementary school.

Pope Francis is expected to return to Rome later this evening.